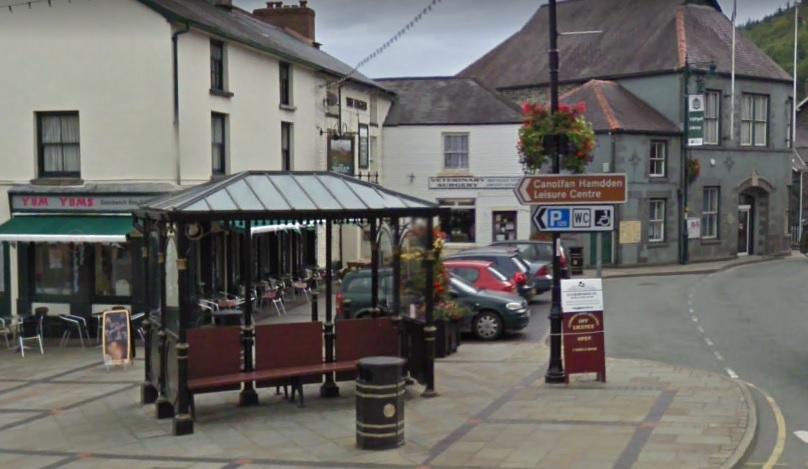 A Denbighshire councillor says he has been left “furious” after a nearby town was left out of a free parking scheme.

Earlier this week, Denbighshire Council announced it would be offering two hours free parking in six of its town centre car parks until the end of the year.

The offer, which will come into effect on Monday, August 3 at 9am, will be available at certain car parks in Rhyl, Prestatyn, Ruthin, Denbigh, St Asaph and Llangollen.

One location which was left off the list though was Corwen.

Llandrillo ward councillor Mabon ap Gwynfor posted on the Corwen Issues Facebook group to vent his anger at the decision after he said it would put the town at a disadvantage.

He said: “Many of you will have seen a press release by Denbighshire County Council regarding free parking in the county, and will have noted that Corwen was not included in that.

“I’m furious.  This was a decision made by the cabinet member, and him alone, with no consultation, and we only received notification about the final decision yesterday.

“Usually, as councillors, we have the ability to call cabinet decisions in, and ask for a committee to scrutinise the decision and make recommendations.

“In this instance I’m not allowed to do this, as the decision was made under a clause in the constitution, which is hardly ever used, which means that urgent decisions can be made with no recourse to call it in.

“There’s no way to formerly challenge this until September at the earliest. I have asked our group leader to raise the issue as a matter of urgency at the next group leaders meeting, next week.

“It’s a matter of principle. Smaller rural towns and communities should not be discriminated against.

“Our businesses here deserve the same help and support as other businesses. This decision would mean that people drive to Llangollen for some essentials instead of visiting Corwen.

“I’ll be writing to the leader of the council tonight urging the cabinet to review this decision urgently, and ensure that every community is treated equally, thus giving Corwen and the area a fighting chance.”

Within the original press release, the council pointed out there are already two car parks in Corwen which are free all year round – located at the Pavilion and Bridge Street.

Local residents said both car parks were often full and more should be made free to help the businesses get back on their feet.

The arrangement remains in place until 8am on Monday, 3 August – when it will be replaced by the new scheme.

Cllr Brian Jones, the council’s lead member for waste, transport and the environment, said the move had been made to support the local economy.

He said: “We know it has been a difficult time for businesses and we have been offering free parking in town centres since March to assist key workers and volunteers and to support businesses.

“We are now offering two hours free parking in these car parks until the end of the year to encourage residents and visitors to come and shop and spend their money locally.

“Having a maximum two hour stay will ensure a good turnover of spaces, increasing the availability of spaces for shoppers and visitors arriving later in the day.”

The offer is available after 9am and cars displaying a valid blue badge will be able to park for two-and-a-half hours for free.

The council said that in Prestatyn, both Nant Hall Road and Fern Avenue car parks continue to be free for four hours, supported by Prestatyn Town Council; while Vicarage Lane, Rhuddlan and Community Centre, Meliden remain free all year round.

Bodelwyddan (Church View) and Dyserth (Thomas Avenue) each have a free public car park which are managed in the local community and not by the authority.

Charges will be re-introduced at all other car parks in the county.