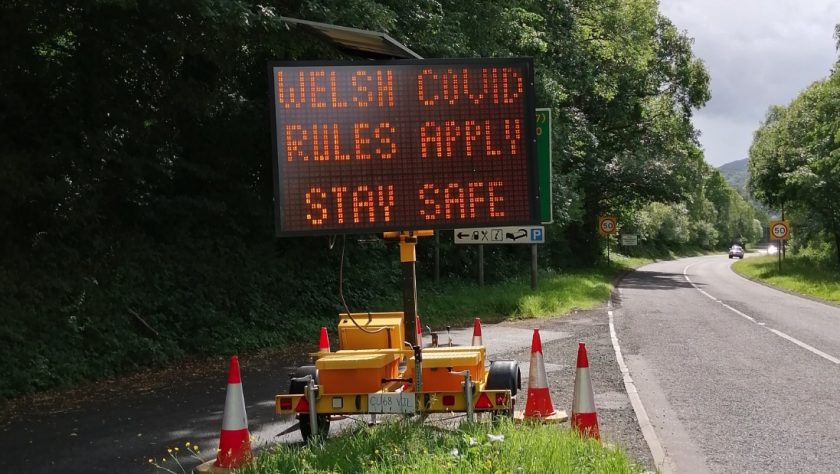 The Welsh Government will decide by the end of this week on whether to impose legal restrictions on people travelling into Wales from COVID hot spots such as Liverpool.

First Minister Mark Drakeford said yesterday he is giving Boris Johnson “one final opportunity to do the right thing” and put in place measures to prevent travel from areas of the UK with the highest infection rates.

Mr Johnson unveiled a three-tiered system of local COVID Alert Levels for England earlier this week which will be “simpler and standardised.”

The Welsh Government “expressed deep disappointment” at “inadequate proposals” for travel restrictions in high infection areas in England, and said, “these would be met with great dismay in many parts of Wales where infection rates are lower.”

From today, the Liverpool City Region – which includes the Wirral – has been placed into the highest COVID alert level, these new Tier Three restrictions mean that pubs, bars, gyms, betting shops and casinos will be closed for the foreseeable future.

It also means travel in and out of the Liverpool city region is “advised against” but not illegal or banned.

Mark Drakeford wrote to Boris Johnson on Tuesday asking for a travel ban in and out of Covid hotspots in England, it was reported the prime minister rejected any possible move.

Speaking to BBC Radio Wales this morning, health minister Vaughan Gething said: “We’ve given evidence about the spread being linked to travel events, we’re already talking with our lawyers about how we use our powers, under the Public Health Act 1984 to introduce a range restrictions for those travelling into Wales from higher prevalence areas of the UK.”

“It’s a protective measure and that’s the way we’re looking at it, our lawyers are coming back to us with a range of options and in the next few days the first minister and I will need to make a choice how we keep Wales safe.”

Asked how can Wales prevent, for example, a family from Merseyside going on a half-term holiday to Llandudno.

Mr Gething said: “We’ve already been through this before with our previous stay local guidance and that was enforced by police.”

“We have demonstrated that local travel arrangements can be enforced successfully, I don’t really know if this is an issue about enforcement because as I say we’ve been here before.”

“The disappointment is that we need to do this on an individual country basis rather than having a more collegiate approach.”

“Over the next few days, we will need to make a decision by the end of this week.”

Asked if the Welsh government was “having conversations with the government in Westminster” about making it illegal to travel to Wales from high-risk areas in the UK, Mr Gething said: “It’s not just what the prime minister has said, we haven’t had a response to either letter from our first minister.”

“It would have been much more preferences to have set out a reasoned answer in writing between the first minister and the prime minister, I just think that’s disappointing, but we have regular conversation between officials and ministers on other subjects.”

“We’re going to have to act on the basis that Boris Johnson does not think it appropriate to protect low prevalence areas of the United Kingdom from the very highest areas within England itself.”

“We’ll move forward on that basis as we consider a wider basket of measures that we may need to take to help keep Wales safe through the winter.”

Speaking to Sky’s Kay Burley, first minister Mark Drakeford said: “I want people in high [COVID infection] volume areas to be prevented to go into low circulation areas, anywhere in the United Kingdom, which is not a border issue for me.”

“People in Wales living in Cardiff where I am, for example, are not allowed to travel to Pembrokeshire, because in Pembrokeshire there is very little coronavirus in circulation.“

“I simply want the prime minister to do that for England, so that people in Liverpool where the virus is in far higher circulation than in the west of Wales, can’t travel the holiday destinations in Wales, or to low circulation areas in England.”