Rural school could be converted into holiday lets 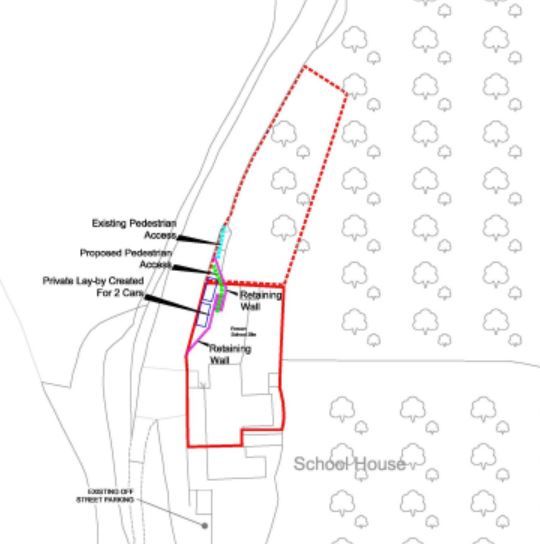 A former Conwy Valley village school could be transformed into a ‘holiday let unit’ – despite concerns from neighbours about a ‘dangerous road’ and land ownership issues.
Applicant Richard Williams Bulkeley has applied to Conwy County Council’s planning department to convert the former Ysgol Rowen on Buckley Mill Road in Rowen.
The school has been vacant for years, and the applicant, who runs Beaumaris-based Bulkeley Estates, wants to make internal alterations to the building, demolish a short length of a retaining wall and make alterations to the former playground for off-road parking.
But several neighbours are unhappy with the plans.
Stephanie and Watkin Morgan have written to the council objecting, claiming the road is dangerous.
“We are objecting on the grounds that the proposed car parking space is on a blind bend,” said the couple in their letter.
“The road is used by walkers, horses, cyclists and, often, speeding cars. Living opposite, we can assure you that the volume of traffic is not low as is suggested.
“As for turning in the layby opposite, there are often cars and tractors parked there.
“The space is often used by the water board, for example, to decant water waste, in which case the whole area is occupied.
“We genuinely cannot emphasise the speed people approach the bend at. Please note, according to our deeds, Bulkeley MillDrive is private. We would therefore not give permission for any turning at the top.
“We believe the proposal to be potentially dangerous and chaotic.”
Neighbour Serena Daroubakhsh also complained she had been left out of the neighbour consultation process. She was also unhappy, claiming there was a lack of a site notice and disputed the ownership of some of the land.
“Again, the applicant has signed to say that he owns the land that he does not – my land,” her letter read.
Neighbour Michael Wingrove also said the village didn’t need any more holiday lets, adding housing would better serve the area.
Statutory consultees consulted included Snowdonia National Park, Conwy’s environment, roads and facilities department and Caerhun Community Council. Natural Resources Wales were also consulted and said the risk to a protected species of bats residing in the building was low.
In a supporting report as part of the application, the applicant stated: “It can be clearly seen that this is a property ideally suited and situated for the purpose of a holiday letting and indeed that the building requires an active use to ensure that it is retained and preserved.”
According to the application, the development will not create new jobs.
The planning application will now go before Conwy’s planning committee for debate before a decision is made. 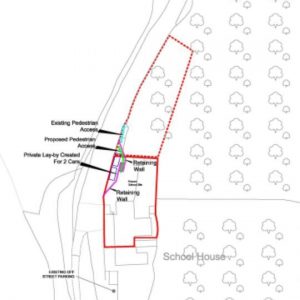