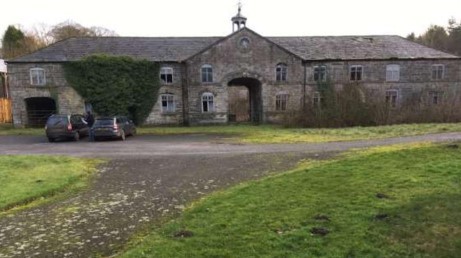 A councillor said a site proposed for development in a C2 flood plain would be  “ideal if you liked water features”.

Planning officers couldn’t be convinced flood mitigation measures put forward by applicants, Finco Developments, would be effective based on modelling for the Melai Barns at Llanfairtalhaiarn.

Maps shown to councillors revealed a one in 100 flood event, allowing for climate change 30% greater than at present, would leave many parts of the site under more than a foot of water.

With a wall put in place, proposed as a mitigation measure by the applicant, the maps showed there would still be a flood risk to the site and extra pressure would be put on a nearby bridge on the River Melai.
A scheme to replace parapets on the bridge with bars, allowing water to pass through would, in the officers’ opinion, have caused more disruption for users of the structure.

Other barns on the application site are Grade II listed, as is the bridge for which alterations had been proposed –
although plans had not been submitted for it at this stage.

Cllr Ifor Lloyd (Betws yn Rhos ward) called the site “a gem” and a “lovely old building” but warned against approving any development there.

He said: “If you are into water features this is ideal as you would constantly be in one.
“What do they say – location, location, location. I was there in February last year in three or four feet of water.
“This site will always flood unless we are going to redirect the river and that’s not going to happen.
“I say we go with the officers’ recommendations.”

However Peter Lewis said he “felt sorry” for the developers having invested in the property and said it was a shame to see the listed buildings deteriorating.

Cllr Nigel Smith felt it was up to Natural Resources Wales to call in the development if there was a flooding problem and the developers should be allowed to take the risk for a listed building that otherwise wouldn’t be used.
He and Cllr Peter Lewis were the only members to go against officers’ recommendations as the committee voted 10-2 to refuse the scheme.

A separate application for listed building consent on the site was also rejected by the committee. 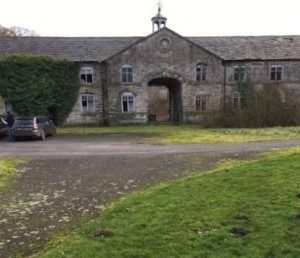