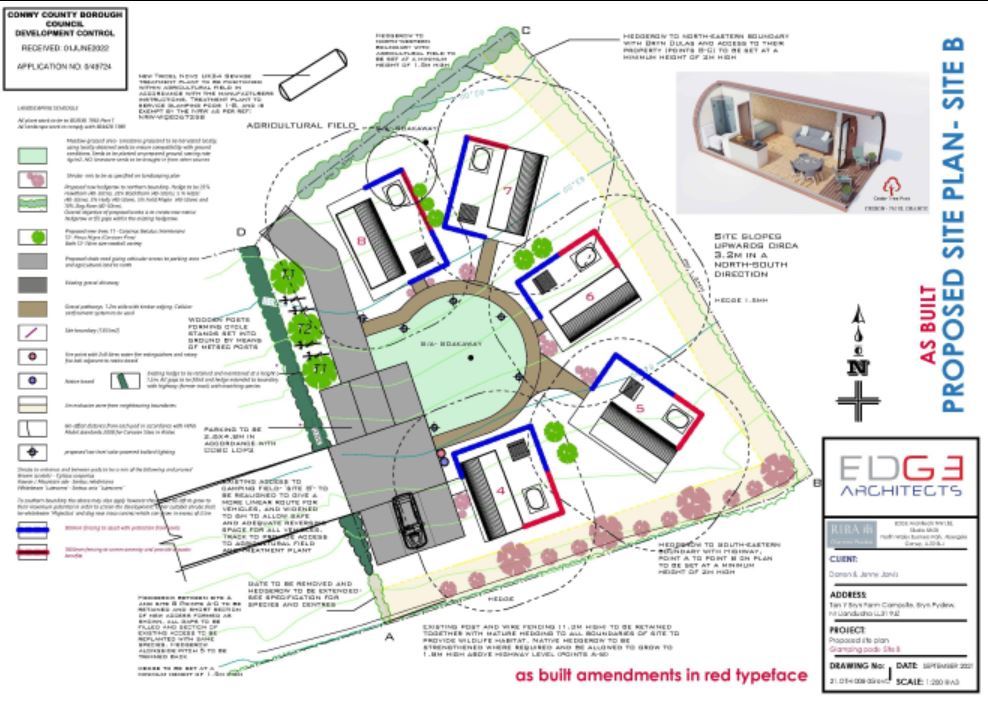 A developer has requested permission to allow motorhomes at a glamping site near Llandudno.

The site, at Tan y Bryn Farm, already has permission for eight glamping pods, the realignment of five existing touring park pitches, and the erection of a new recreation area, as well as a laundry area and shower block.

There are also plans for a treatment plant with ‘landscaping enhancements’ within the established caravan park.

But Mrs Jarvis has now applied for changes to allow three pod spaces to be used for motorhomes while the business grows its glamping business.

The applicant also seeks permission for an additional wc in a washroom area.

Mr Derek Williams has also applied for permission for three glamping pods and ancillary facilities at Tyddyn Y Graig Farm in Llanelian, Conwy.
According to the application form, the application is a resubmission following an earlier refusal.

Solar-powered, low-wattage lighting bollards are included as part of the plans with ‘capped tops’ to prevent diffuse light.

The current use of the land is listed as agriculture.