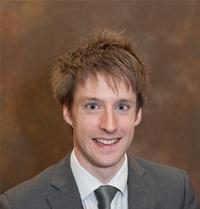 A council leader told a Welsh Government minister “we have a higher ratio of over-65s in Conwy than Japan” in a letter pleading for extra funding.
Cllr Sam Rowlands, leader of Conwy council, revealed he was highlighting to Welsh local government minister Julie James how social care was one example of funding where he feels the authority is not being supported.
The council received the joint second-lowest amount of cash in Wales which he says has forced his cabinet to ask for a 7% rise in council tax this year – coming on top of a 9.6% hike in 2019.
He said he wrote to Mrs James asking for a minimum 4% rise in the grant each year to cover increased costs for services like social care and to cover increases in wages.
He said he explained in the letter how a 2018 study by Cardiff University said “Conwy already has a higher share of over 65’s than Japan, the country that leads the world on this measure”.
The latest proposed Welsh Government grant to run the council is 3.4% more than last year’s, yet the average rise across Wales is set to be 4.3%.
Cllr Rowlands claimed it meant funding gaps, including those for social care, were being met by tax payers.
Cllr Rowlands said: “Welsh Government aren’t properly funding the needs if the demographic. I’m not making this an issue solely about older people.
“We will look after them, we will keep going, but the financial burden is being passed onto the tax payers because we are forced to raise council tax.
“Welsh Government knows this as we have an obligation to pass a balanced budget.
“Welsh Government has tax raising powers and can distribute the funding as they see fit. It doesn’t seem like it’s been fairly distributed.
“What I’m asking for is not unreasonable. We have £11m pounds worth of pressures.
“Four out of six councils in North Wales feature in the five worst settlements.
“We would just like Welsh Government to look at the problems we have in North Wales.”
He said he was hoping his letter would convince Mrs James to up this year’s award to 4%. The final decision on council grants will be made by her department on February 25.
Cllr Rowlands revealed the council is down to £18m in reserves with some of it already spoken for to cover old PFI projects.
“All we want is a fair funding settlement which eases the pressures we are facing but treats us fairly,” he said. ‌﻿​﻿‌﻿‌﻿​﻿​﻿​﻿‌﻿‍﻿‌﻿​﻿‌﻿​﻿‌﻿​﻿​﻿​