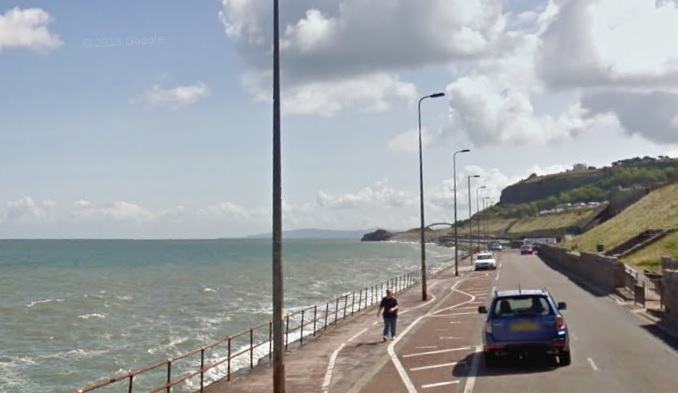 Sea defences in Conwy could suffer a “catastrophic failure” without increased funding a public service board has been told.

The sea front in Old Colwyn needs £34m spent on it to guard against tidal and weather events according to a report presented to members of Conwy and Denbighshire public service board on Monday.

Conwy county council wants to use some of the Welsh Government funding it’s already had to strengthen rock revetments in front of the most vulnerable sections of sea wall.

The report said: “This will reduce the risk of failure of the defences whilst funding is secured to implement the raising of the highway and promenade and the public realm works.

“Until the full scheme is implemented the risk of catastrophic failure of the current defences remains significant.

“To this end, we are continuing to discuss potential funding options with Welsh Government to secure funding for the full scheme.”

The council has also approached Welsh Water and Network Rail to contribute to the scheme as their infrastructure will benefit from the works and agreement is close on an investment from Welsh Water.

Welsh Government has requested the two bodies contribute to the cost of any future scheme but negotiations are “ongoing” with Network Rail said the report.

“They have not identified this as a risk themselves as they do not own the frontage. We are still working with them to try and fill the funding gap.

“We have had an initial £6.075m from Welsh Government and Welsh Water are also putting something in as well, something they haven’t done in previous times.”

Work to install rock armour on the far eastern section of promenade has been completed but further sections only have low level rock armour in front of them, which does not prevent waves over-topping the defences.

A 400m section and 1.2km tract of the promenade had been “significantly completed” according to the report.

The plans will see a rock revetment along the entire promenade, a section of highway and promenade raised, along with improvements to the active travel route.