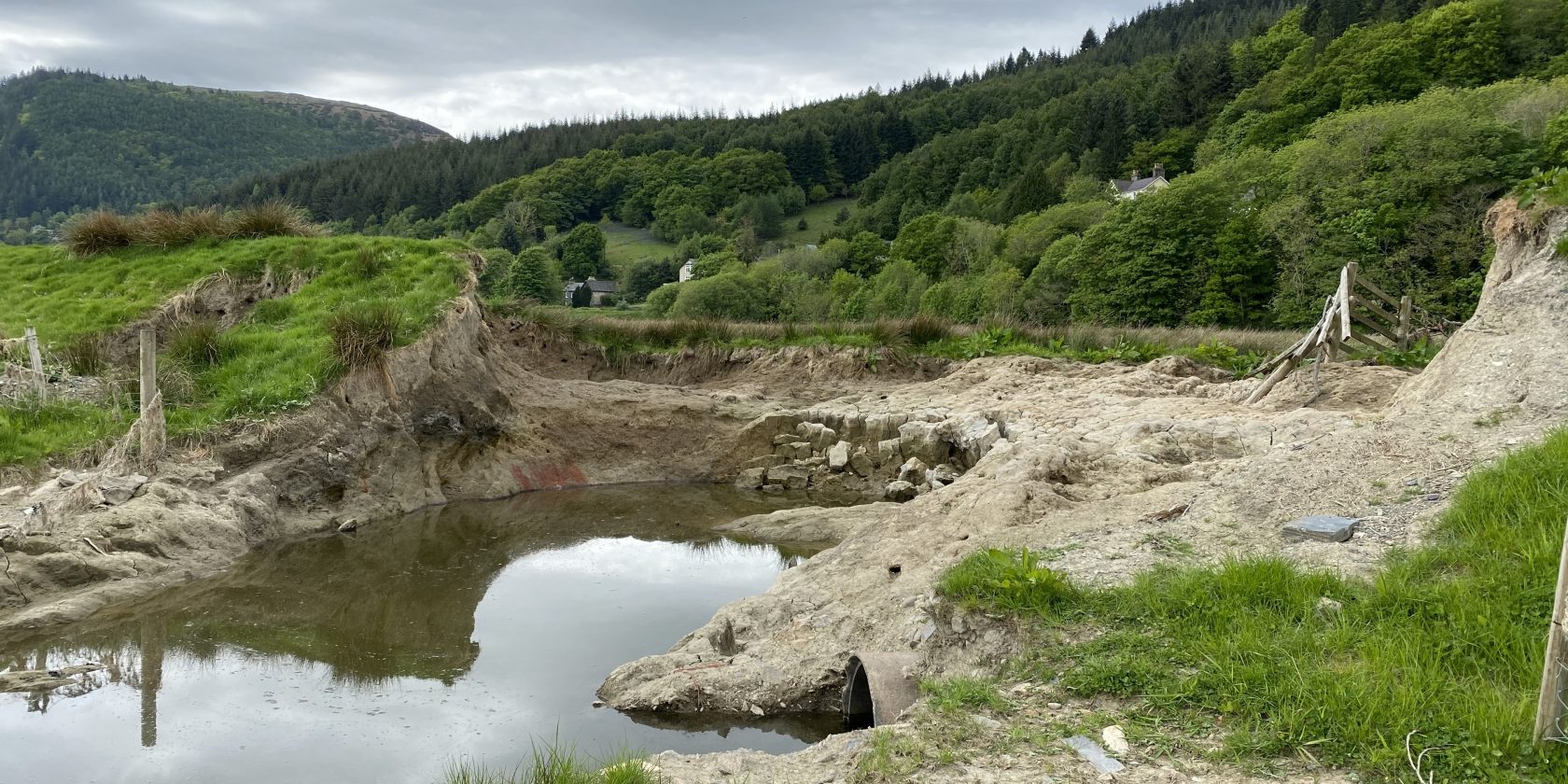 A man who helped arrange flood defence repairs for a fraction of the price quoted to an environment watchdog, says it was “disrespectful” to leave it to farmers to fix.

The Tan Lan embankment between Trefriw and Llanrwst was breached by Storm Ciara in February.

Rheinallt Williams’ farmland is protected by the barrier and assumed, along with 14 other local farmers, Natural Resources Wales (NRW) would come and fix it.

Yet as time went on nothing happened until Mr Williams received a letter from the environment watchdog saying it wouldn’t be repairing the embankment before completing a “viability study”.

Incensed, the farmers sought permission from NRW and set about arranging for a local contractor to do the work at their own cost.

Mr Williams said: “All these 15 farmers depend on that land for their business. It’s a lot to say NRW were doing nothing – it’s a threat to our livelihoods.

“It was very disrespectful they allowed us to be in this position. How can they just drop this responsibility?

“If everybody works together there’s ways to manage and deal with it rather than dumping it on us.

“The breach allowed even the tide to come through. All that land, the properties, businesses and hotel would have gone.

“If we had left it basically we would have lost hundreds of acres of land. We didn’t have any choice.”

The farmers received permission to fix the embankment from NRW and managed to get the work done for £15,000 – apparently £135,000 less than the environmental watchdog was quoted for repairing it.

“We pay the annual drainage bill as part of rates and because we have had to do this we have asked if maybe for the next few years we don’t pay the drainage rates.

“That would be a start but they have not responded yet. Apart from that we are helping everybody else.”

Mr Williams said Aberconwy AM Janet Finch-Saunders had been pushing for a resolution.

The farmers’ plight was also highlighted in a Senedd committee by North Wales MS Llyr Gruffydd.

He said: “I have asked why the local community were able to repair the breach for £15,000 after NRW were seen to effectively wash their hands of the immediate problem.”

When questioned about the matter in the Senedd Jeremy Parr, head of flood and incident risk management, said:

“We have to prioritise resources. We have repaired Tan Lan at various points in the past.

“It is done on a risk-to-life basis, driven by where communities are. We would like to do more but in some locations we can’t.

“That’s the honest position of where we’re at. We’re always keen to work with local stakeholders to look at what the solutions are.

“The time may come, and this isn’t about Tan Lan as such, where we need to step back and put the line of defences somewhere else.

“Obviously that comes with massive consequences. I stress again that’s not what will necessarily happen here.”
NRW has been approached for further comment.

The repaired section  of embankment has stood firm during the most recent floods to hit the valley although a small section further along the defences failed.

Mr Williams said the farmers will fix too – as they have no choice.