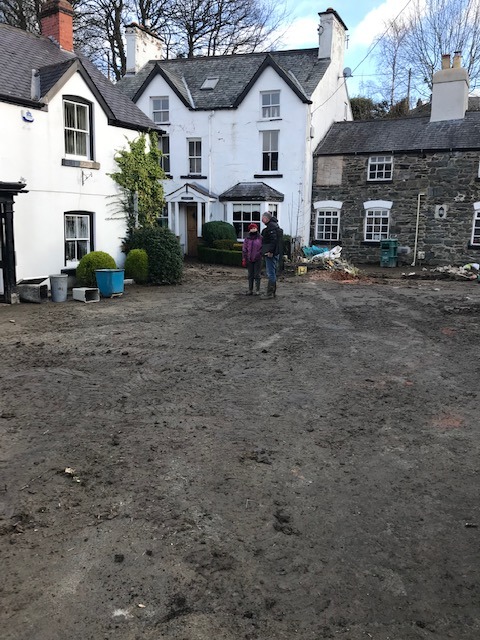 Calls have been made for the Welsh Government to save a “drowning village” after it was flooded for the third time in eight years during Storm Ciara.
Llanfair Talhaiarn sits beside the River Elwy, and dramatic video from the weekend’s storm showed a static caravan floating freely downriver and a farmer on a tractor braving four-foot floodwater.
Work by Natural Resources Wales to divert flood waters at Nant Barog was completed a year ago, and they had promised that it would give more than “one in 75 year” flood protection.
The work involved increasing the size of culverts to accommodate more water, diverting it under the village.
However, a structure further up the Barog, which was designed to catch debris, failed on Sunday, releasing what was described as “a tsunami” down Water Street and taking tons of debris with it.
Ifor Lloyd, independent Conwy county councillor for Betws-yn-Rhos, now wants some focus on the problems his village suffers.
He joined other locals, including farmers on tractors risking their safety in the raging water, in trying to divert the flow.
Cllr Lloyd said: “Llanrwst got all the coverage, but this is the third bad flooding event in eight years – and that’s after works that were supposed to protect us.
“I want environment minister Lesley Griffiths to come here and see what we are facing. Forty houses were flooded in our village.
“A 4×4 car was lifted over another car in what I can only describe as a tsunami of water after the debris broke through.
“A farmer came and dug into one of the bunds of the river to let the water subside. Later on, it came from the River Elwy on the other side of the village down School Lane.
“We’re only a small village so we don’t get the publicity that Llanrwst gets, but it was much worse here.
“I reckon half a million pounds worth of cars were destroyed this time. It’s no wonder people can’t get insurance.
“We need a lump of money to get some more resilience as our village is drowning.”
Cllr Lloyd said he thought businesses would die in the village if nothing is done.
He added: “Sometimes you get fed up with being treated like the poor relations.”
Keith Ivens, operations manager for NRW, said: “Throughout Storm Ciara, we had operations teams out checking defences and clearing screens including  on the Nant Barrog in Llanfair TH, but this became overwhelmed by the volume of water and debris brought down by the river.
“NRW staff have been on site assisting with the clear up and investigating what happened and whether there is anything more that can be done to reduce the risk of flooding in future.”
More flood alleviation work around Llanfair TH was planned for this spring.
However, environment minister Lesley Griffiths, speaking in the Senedd, said she’d asked NRW to review flood protection schemes “already in the pipeline”.
Meanwhile the clean-up operation in LlanfairTH continues ahead of Storm Dennis, which is due this weekend. ‌﻿​﻿‌﻿‌﻿​﻿​﻿​﻿‌﻿‍﻿‌﻿​﻿‌﻿​﻿‌﻿​﻿​﻿​ 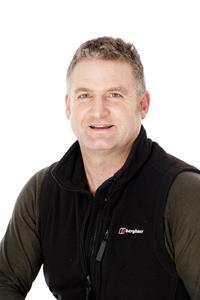 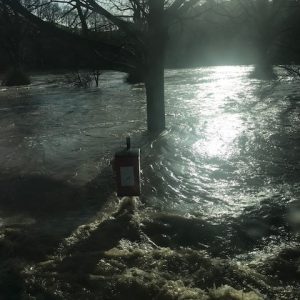 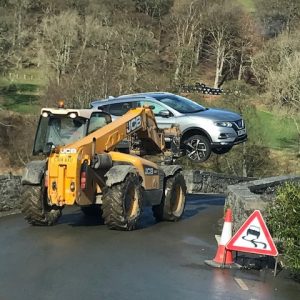 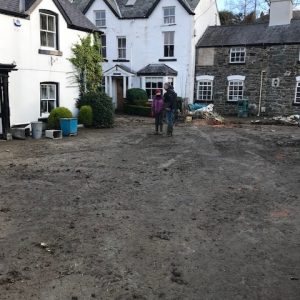