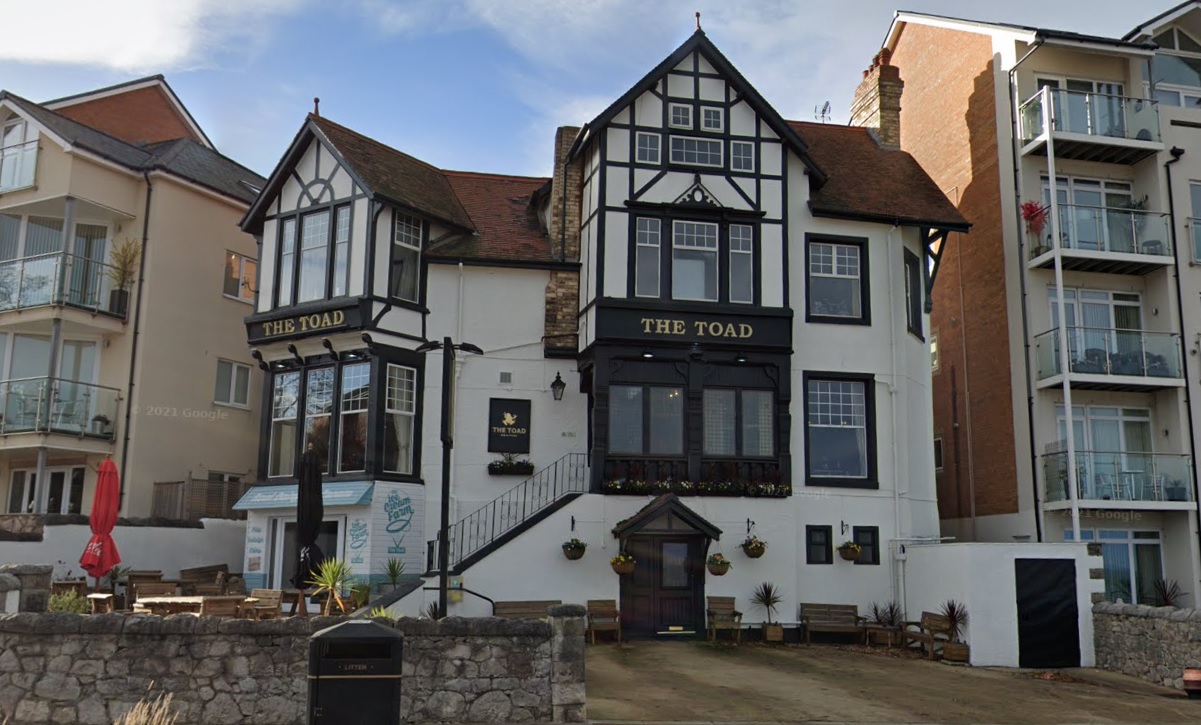 A Colwyn Bay restaurant will be closed for the foreseeable future following a suspected arson attack, its owners have said.

Police and firefighters were called out in the early hours of Tuesday morning after a fire broke out at The Toad on the town’s West Promenade.

The incident, which happened at around 1.30am, saw major damage caused to the building.

A man has since been arrested on suspicion of arson before being released pending a further investigation.

They said: “We were due to be reopen tomorrow but due to a random arson attack in the early hours of Tuesday morning. This has caused some considerable damage to The Toad so we will be closed for the foreseeable.

“For any people with bookings we will be in touch in due course! We will be doing everything we can to restore The Toad and open our doors again.”

A North Wales Police spokesperson said: “We received a call at 1.32am on Tuesday morning from colleagues at NWFRS reporting they were at a fire at a commercial premises on West Promenade.

“Officers attended and a man was arrested on suspicion of arson. He has subsequently been released under investigation pending the outcome of further enquiries.”