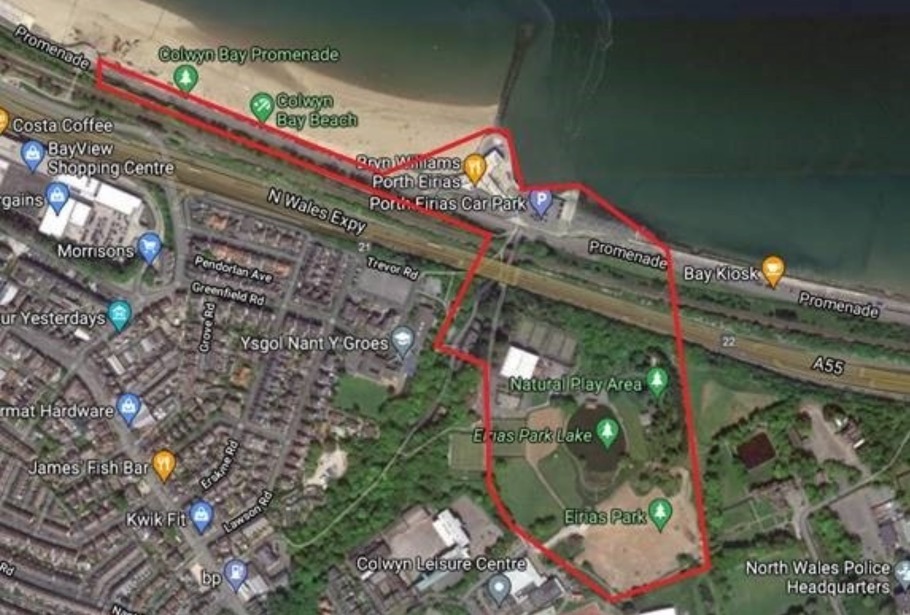 North Wales Police are implementing a Dispersal Order in Colwyn Bay from 6pm today until 5am on Sunday 13th June.

They say it is in response to several anti-social behaviour incidents and a wounding offence last weekend, which led to two police officers being assaulted and a teenage boy receiving a head injury requiring hospital treatment.

Under the order, police can ask a group of two or more people to leave the dispersal area shown in the image and not return to it within 24 hours.

If you are aged under 16 and in the dispersal area without the supervision of an adult after 9pm, the police may take you home.

If you return to the area after being asked to leave by the police, you will be arrested if seen. This is a criminal offence, and you may be charged and taken to Court. If convicted, this will give you a criminal record.

Police had a blunt message: “Parents: please ensure you inform your teenagers and young adults about this order.”