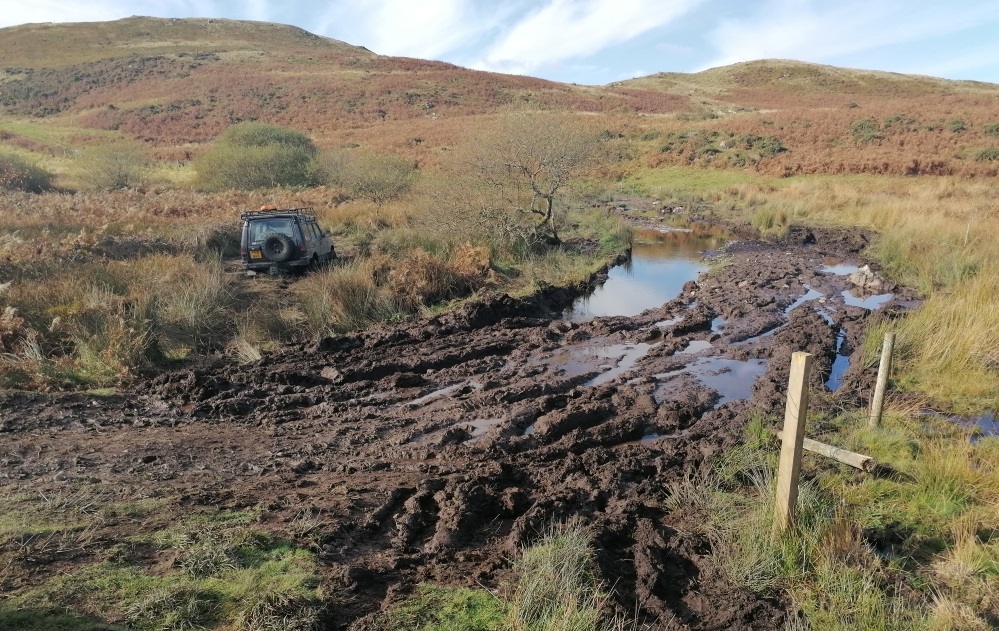 Gwynedd Council’s Wales Coastal Path team has worked with landowners in the south Meirionnydd area to tackle problems with 4×4 drivers.

The section of the route covers a restricted byway running from the tops of Cwm Maethlon through Glygyrog Wen and leading to the village of Cwrt near Pennal.

The landowners had expressed their concerns about this for some time, with the situation worsening.

The condition of the road was extremely poor, with several potholes almost six feet deep.

Also, some users were veering off the line of the road and getting into trouble in the marshy ground nearby.

It has now been resurfaced through funding provided by the Welsh Government. 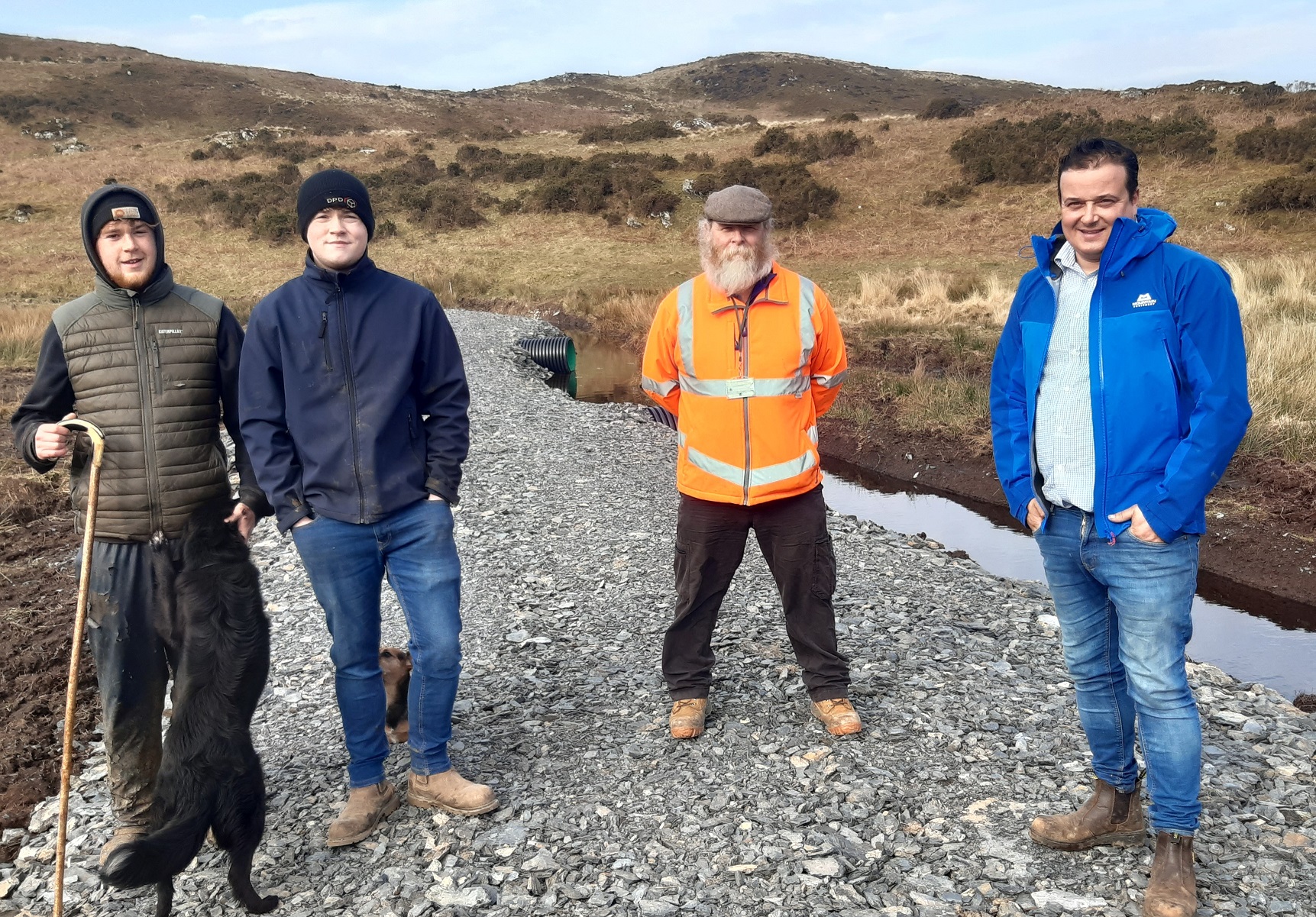 Dafydd Jones, one of the landowners, said: “I’ve lost count of the number of times I’ve come here to find a vehicle stuck in the bog and having to pull them out.

“By trying to avoid the muddy parts they end up damaging and pulverizing the marsh and adjacent pasture.

“We are extremely grateful to Gwynedd Council’s Wales Coastal Path team for sorting this issue out and for arranging the work without fuss.

“It has been a pleasure to work with the council on a solution to this pressing problem.”

Rhys Roberts, Wales Coastal Path project officer for Gwynedd, Council said: “We have been fortunate to benefit from funding from the Welsh Government, and we resurfaced much of this important restricted byway – which is now much better to walk on.

“Most 4×4 users are very responsible, but a small percentage create problems for residents and landowners in the area. We are pleased to have resolved this situation.”