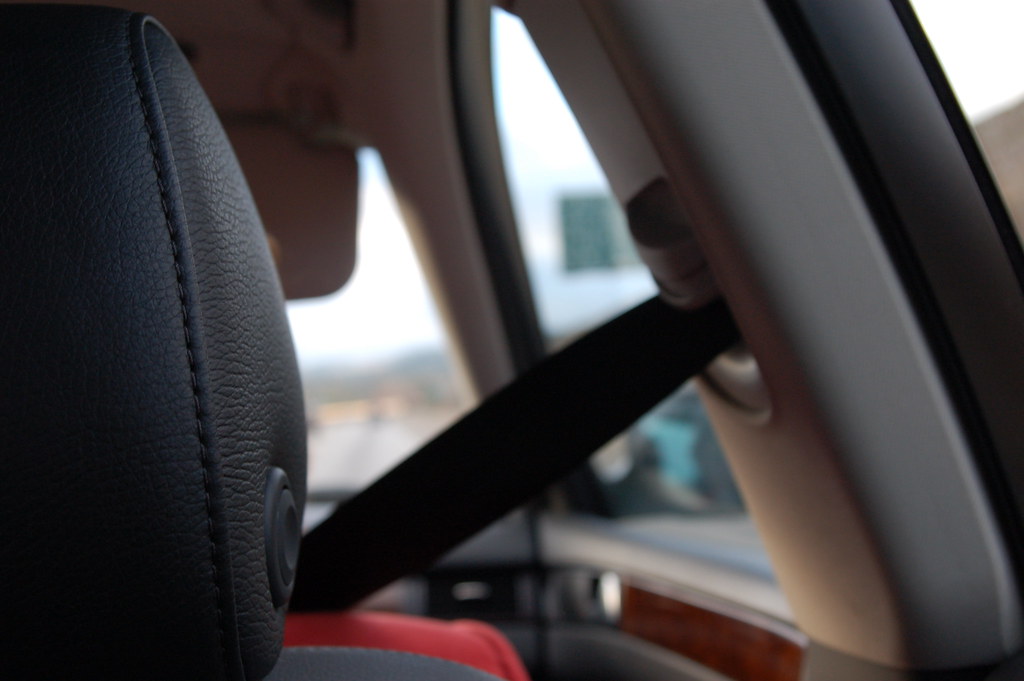 A child found sat on a passenger’s lap was one of a number of offences identified during a police-led crackdown on seatbelt offences.

When stopped in Abersoch, the occupants said they were only driving a short distance to the shop but officers said this was “no excuse”.

The road safety operation was held on the Llŷn Peninsula on Monday and saw several tickets being issued for seatbelt offences.

Officers from the North Wales Police Roads Policing Unit stopped and spoke to several motorists in the Abersoch, Pwllheli and Morfa Bychan areas as part of ongoing efforts to improve road safety.

The operation, saw officers carry out vehicle and driver checks whereby 30 TORs (Traffic Offence Reports) were given to drivers who were caught driving without a seatbelts.

Other tickets were handed out for defective lights, defective tyres and driving whilst using a mobile phone and for having no number plates displayed.

Checks were also carried out on caravans being towed in the area.

Sergeant Medwyn Williams of the Roads Policing Unit said: “These operations are carried out to help keep our roads safe.

“Unbelievably one of the vehicles we stopped in Abersoch had a young child on the passenger’s lap – their explanation to us was the fact they were only travelling a short distance from the shop. This is no excuse and they were reported for the offence.

“Monday’s operation proved that failing to wear a seatbelt is still apparent on the roads, and it is disappointing to see that people are still choosing to risk their lives and the lives of others.

“Seatbelts save lives, it’s as simple as that. National statistics tell us you are twice as likely to die in a collision if you are not wearing your seatbelt.

“As police officers, we see the consequences of driving without a seatbelt all too often at crash scenes.

“That is why we are always on the lookout for people not wearing seatbelts because drivers and passengers who fail to wear belts in the front and back of vehicles are breaking the law and putting lives at risk.

“As a driver you may get a fine of £500 and three penalty points for not wearing your seat belt.

“If you are carrying a child under 14 without the proper restraint you are liable for a fine of £500 and three penalty points.

“The road safety operation was done as part of our ongoing commitment to keeping the roads safe for all.

“Further similar operations will be repeated in other areas across the force in the near future, and we will continue to take action against drivers who commit offences on our roads.”