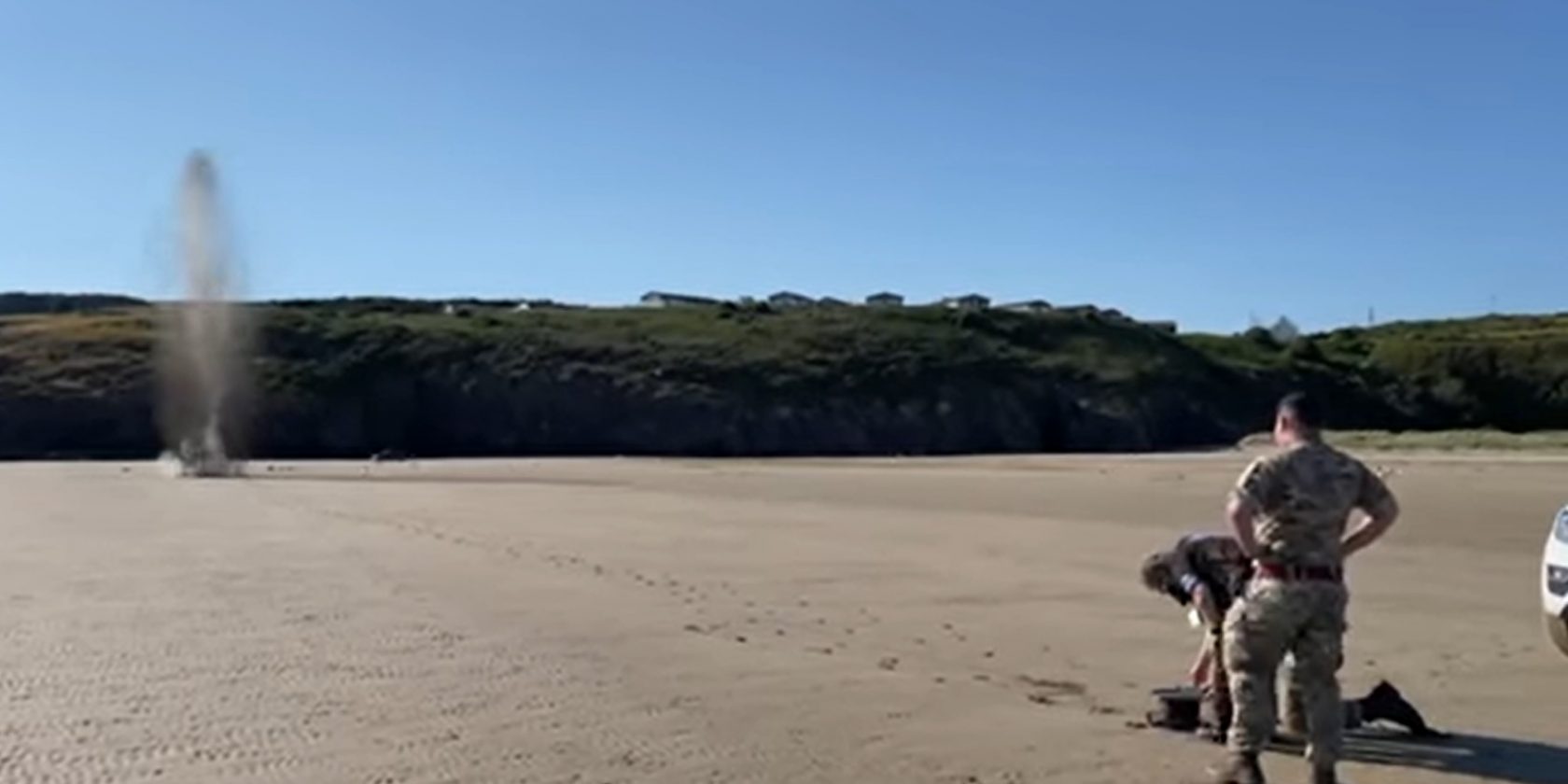 The bomb squad was called out after hand grenades were discovered at a property in North Wales yesterday.

North Wales Police were contacted by a member of the public who found two hand grenades at a property that belonged to their deceased brother.

They were then transported to Morfa Bychan/Black Rock Sands, where a cordon was put in place before they were detonated in a safe manner.

Police said PCSO Paula Stewart was given the honour of pushing the button to blow them up.