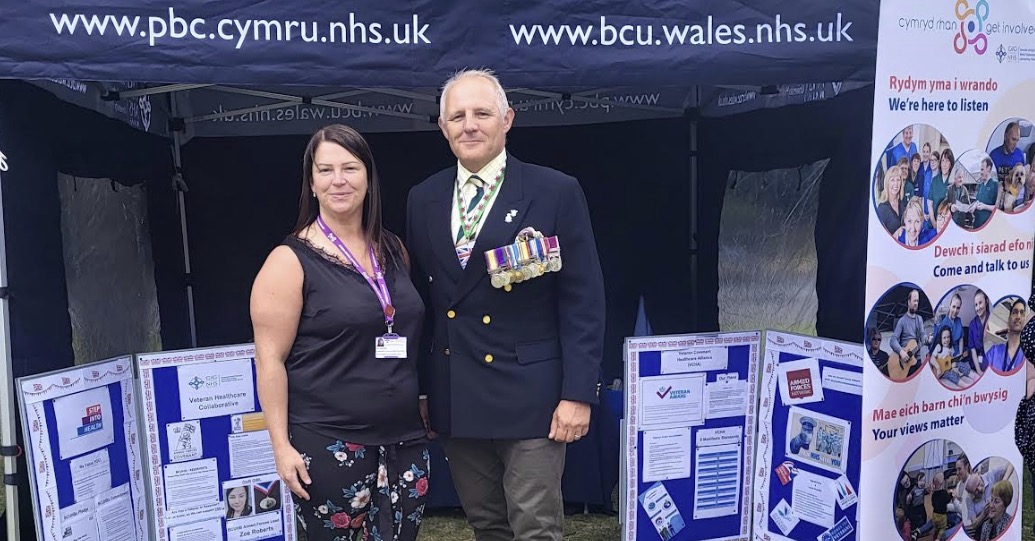 Betsi Cadwaladr University Health Board (BCUHB) has launched a new programme to ensure that the armed forces community across North Wales, are not disadvantaged in the care they receive.

The programme, called the North Wales Veterans Healthcare Collaborative (NWVHC), has been launched ahead of Armed Forces Day.

The health board has been successful in a funding bid to the Armed Forces Covenant Fund Trust (AFCFT), to deliver the new programme for regular serving and reserve personnel, veterans and their families.

Army veteran Zoe Roberts, has been appointed as the dedicated lead for the NWVHC.

Zoe served in the British Army as a human resources specialist between 2001-2010, across Northern Ireland and UK mainland.

Speaking about her aims for her new role, Zoe said: “I am delighted to have been appointed to this much-needed role within Betsi and I am proud to lead this programme in supporting our North Wales’ armed forces community.

“It is vital that we continue to build on the great work which has been achieved to date in partnership with our military partners and local charities.

“I am excited to assist in improving the experience of the armed forces community by helping the health board become a ‘veteran aware’ organisation.

“This will ensure that those who serve, or who have served within our armed forces, including their families, will feel appropriately supported and allow us as a health Board, to offer some much-deserved recognition for their service to our country.”

The NWVHC programme will deliver a number of standards, which includes raising veteran awareness, increasing the number of patients identified as veterans being referred for treatment, and improve the recruitment and retention of veterans within BCUHB.

The health board is already demonstrating its commitment as chief executive Jo Whitehead has signed a new pledge, which aims to support career opportunities for members of the armed forces community by setting up training opportunities, work placements, insight days, and offering application support.

Dr Nick Lyons, executive medical director and a former fighter pilot in the RAF, is the executive champion in the health board for the armed forces community.

He said: “It’s an honour to support this initiative that recognises the important role that veterans can play in bringing their skills and experience to serve patients in the NHS.

“As a veteran myself I’m proud to be the executive lead and champion this programme within the health board.”

The North Wales Veterans Healthcare Collaborative aims to become accredited to the Veteran Covenant Healthcare Alliance (VCHA), a group of NHS providers agreed to be exemplars of the best care for, and support to, the armed forces community.

The health board has already received a gold award for the Government’s employer recognition scheme for the multi-channel support and salutes to past and present service personnel, and demonstrates it’s an exemplar to other large employers and armed forces friendly employer.

For further information, advice or support accessing BCUHB services as a veteran visit this webpage.