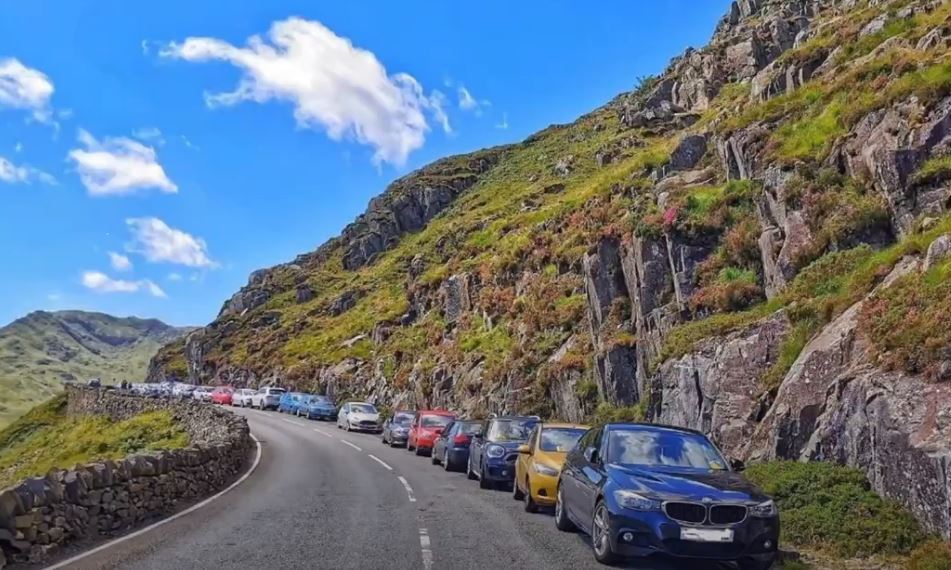 National park authority officers have outlined ambitious plans to set up an Austrian-style visitor scheme with passes, to curb parking chaos and boost the economy in Snowdonia.

The inner areas of Wydda would be “more or less deleted” for parking a meeting of Conwy county council’s economy and place scrutiny committee was told this week.

It was suggested tougher restrictions in the area could also be policed by a new body, rather than Conwy and Gwynedd councils who share the responsibility for enforcement now.

The hope was by having a more structured visitor experience, young people leaving the area could be tempted back by jobs and business opportunities.

The idea has been influenced by the Austrian Alpine Pearls Network where accommodation, transport and access to the mountains is centred on hubs.

National parks partnership manager Angela Jones said: “Visitors to Austria leave their cars in gateways and they have guaranteed mobility around the area with a card.

“We had a really interesting presentation as part of the process (of developing the idea).

“One of the most striking aspects of this project for us was that it had attracted young residents back to the area because of the potential for income entrepreneurship.

“This has led to new businesses in the area and respect towards the area by local people and visitors alike.”

Ms Jones said the authority was developing a model of “sustainable tourism where the area is marketed strongly”.

She added: “In the long-term the aim is a (zero carbon) shuttle bus service to be operated in the area.

“Visitors will be able to arrive with public transport, after parking in ‘gateways’, for a small fee.

“Parking in the inner area would be deleted more or less apart from a provision for special licences or pre-booked spaces.

“Parking provision will be widened at ‘gateways’ for shuttle buses in strategic places around the area.”

New finance models would be used to facilitate the new visitor experience she said, where “contributions by visitors would be considered”.

She said one of the main elements of the Snowdonia scheme was concentrating on “community masterplanning” which meant they couldn’t move forward without agreeing with local communities about what their vision for the area was.

They would be holding workshops with local communities towards the end of the year she said.

Catrin Glyn, SNPA’s partnership officer, said the park authority had been working on the plans since 2018.

Ms Glyn added: “It’s an exciting project that stretches beyond the boundaries of the park.

“We need to be a lot more radical in the area to change things. Since restrictions have been eased we have really seen a difference (in visitor behaviour).”

She said cars visiting the the area at peak times “outstripped the amount of available parking” which has a “huge impact on communities, the environment and the visitor experience”.

The park authority has already started discussions with Welsh Government and will need some investment from it at the start.

However Ms Jones said the authority had come up with “plans that are quite sustainable if we can get income from visitors somehow”.