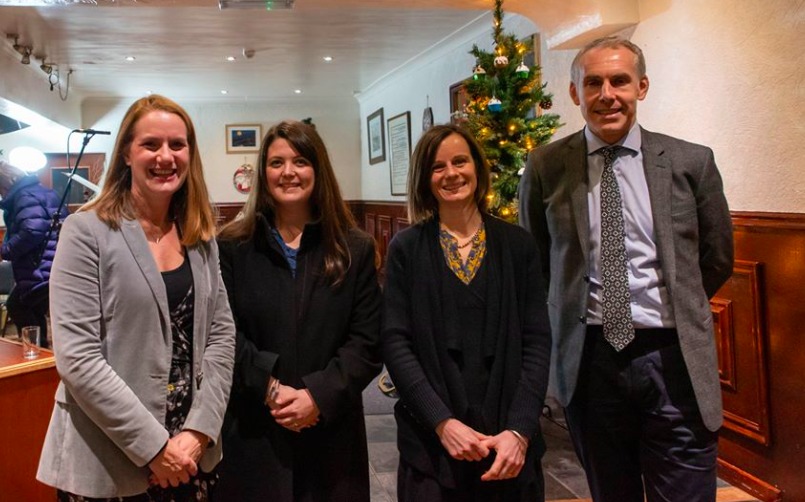 Brexit and Anglesey’s fragile economy were high on the agenda as the island’s would-be MP’s faced the public a week before polling day.
A hustings in Amlwch saw all four candidates also answer questions on  Universal Credit and Wylfa Newydd – with even the candidates’ backgrounds brought into question.
However, it largely became a parallel debate over Brexit – with the Plaid Cymru and Labour candidates preferring a second referendum, while the Brexit and Conservative party nominees raised the “need” to “get it done.”
“Proud Conservative”, Virginia Crosbie, referred to her Welsh ancestry and promised to move to Wales and learn Welsh if elected, speaking of a desire to “unleash the island’s potential”.
She would also lead the campaign for gender balance, calling for better job prospects and access to doctors.
But in a clear jibe at the much publicised Welsh Conservatives’ candidate selection issues, Plaid’s Aled ap Dafydd said that politics was about more than “answering a last minute SOS from your party,” and that Plaid Cymru had a “proud record of local representation” and “doesn’t live in Kensington, surrounded by million pound houses”.
He went on to criticise “decades of neglect” by both the Conservatives and Labour, and would “stand up to the London parties.”
Mary Roberts, hoping to retain the seat for Labour, referred to her local roots and belief in “actions not words,” having campaigned on social issues against a backdrop of austerity.
“Caring passionately about the future of Ynys Môn,” she added that “only Labour could carry out the desperately needed changes.”
Finally, Helen Jenner for the Brexit Party also referred to her childhood in Bodorgan, having recently returned home to live.
A “passionate Brexiteer,” she criticised the delay in leaving the European Union, describing herself as “not a career politician” but was “annoyed at how people have been ignored.”
Other topics discussed during the sometimes tempered affair were universal credit, transport and even what sitting MP’s the candidates would most like to sit next to on the green benches.
On the subject of Wylfa Newydd, meanwhile, there was general backing to the job creation aspects of the controversial plans.
Virginia Crosbie described the nuclear project as “a top priority and the key to prosperity,” praising the Orthios eco-plant development and raising the need to develop the former Lein Amlwch railway as a traffic-free cycling and walking path.

Helen Jenner also backed Wylfa and critisied “terrible” local public transport, but would instead like to see the rail tracks accomodate a heritage railway to boost tourism, such as the Ffestiniog Railway.
Mary Roberts also backed Wylfa and the Lon Las Môn campaign, while also investing in renewables – going on to say that a lack of affordable homes was also contirbuting to outward migration from the island.
Aled ap Dafydd spoke of the need for a “green revolution” and that local people must be prioritised for jobs and the supply chain if the Wylfa Newydd project is revived, and a “compelling argument” for active travel alongside a re-opened Lein Amlwch.
In their respective closing statements, Helen Jenner said she would “work hard to deliver direct democracy and be a real voice to serve the people,” while  Mary Roberts described a “difficult election” and a need for “real change.”
Aled ap Dafydd concluded by saying he would “get things going” and that Plaid Cymru “take their orders from the people of Wales, not Westminster”
Finally, Virginia Crosbie conceded frustration that Brexit hasn’t been sorted, and would work to deliver it by January in order focus on creating jobs and investment, adding that she was the ” only Brexit supporter that can win.”

Polling stations across Anglesey will be open on December 12 between 7am and 10pm. 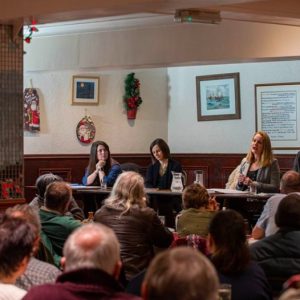 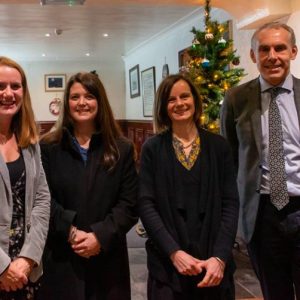