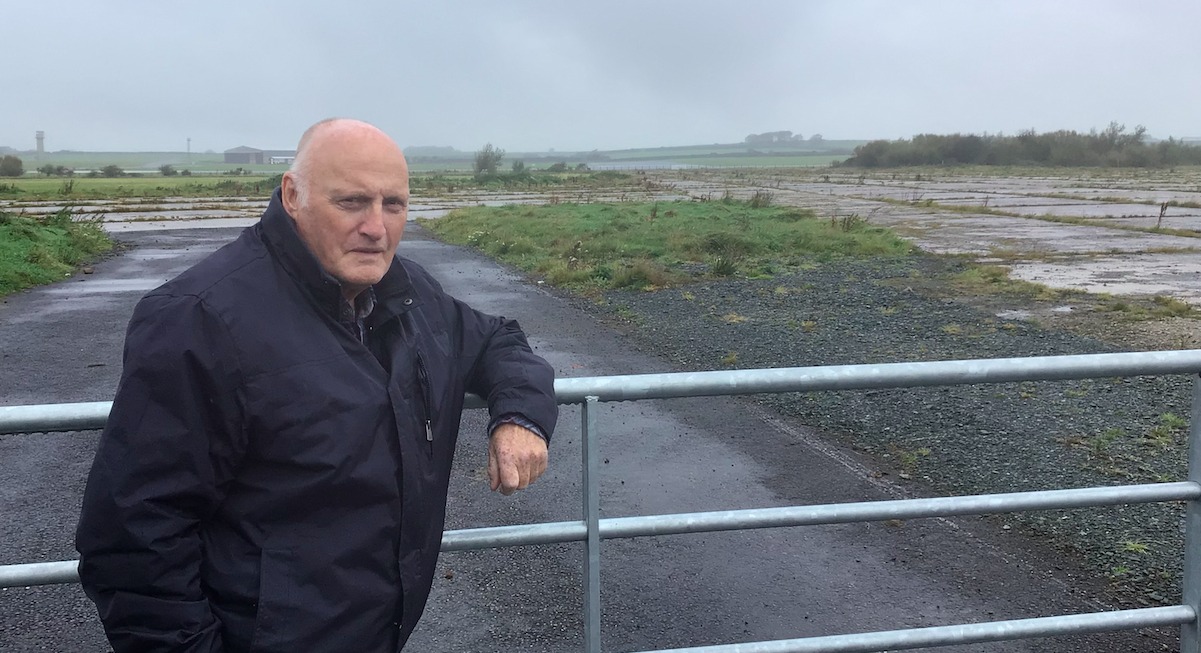 The UK Government has dropped plans for an HGV customs site near Mona showground, councillors were told as they rubber-stamped an earlier decision to block the move.

Anglesey council’s main opposition group had attempted to “call in” the executive’s recent decision to deny a request to amend the lease conditions on land it owns at Mona Industrial Estate.

But the attempt – described by one member of the ruling group as “a waste of time” –  was refused by councillors on Wednesday, with officers also confirming that HMRC has now formally dropped plans to use Mona owing to the lack of local support.

A site is needed on Anglesey to allow for any extra customs checks on arrivals and departures between Holyhead Port and the Republic of Ireland.

Backers of the Mona plans claim it would have provided the Anglesey Agricultural Society – which leases the land on a peppercorn basis as a park and ride facility for the annual show – with “much needed” income.

But the council executive argued that amending the lease for it to hold up to 100 HGV’s would have stopped it serving its intended use, while also impacting on Mona, Gwalchmai and Rhostrehwfa as lorries were forced off the A55 and through the villages via the A5 to access the customs facility.

The council also says that alternative and “more suitable” sites along the A55 have been recommended – at least one on the outskirts of Holyhead.

Meeting on Tuesday, the council’s Corporate Scrutiny Committee was told that the society was facing “financial disaster” following cancellation of both the summer and winter shows due to Covid-19.

“This show attracts up to 60,000 over two days, but (the society) has now been forced to lay off all of its staff as revenue has dried up,” said Cllr Peter Rogers.

“The show is now administered purely by volunteers, leasing this site appeared to be the saviour of the show until the decision of the council not to allow this sub-letting.”

Cllr Ken Hughes described the Executive’s decision as a “rash and political” one, stating that the move would have generated at least £250,000 over four years and was a “missed opportunity.”

His Annibynnwyr Môn group leader, Cllr Bryan Owen, was adamant that any community impact could have been overcome with proper traffic management.

“I have every confidence that officers could have come up with a system to avoid lorries travelling through Gwalahmai, for instance,” added Cllr Owen.

“I don’t think there’s been proper consultation, why not sit down and have proper talks with everyone involved?”

But local members were united in their support of the executive’s refusal, with the council’s lawyer also stating that allowing the site to be used all-year round by HMRC and DEFRA would contravene conditions attached to the site when obtained from the Ministry of Defence in 1994.

Cllr Nicola Roberts, in a statement, claimed she “could not understand” why the “call-in” attempt was made, and that allowing the customs facility would be “a retrograde step,” sharing the view of Trewalchmai Community Council that it would increase heavy traffic through A5 villages to levels not seen since completion of the A55 in the early 2000’s.

Cllr Dylan Rees, a former police officer, argued that many lorry drivers would not adhere to traffic management and would follow Sat Nav’s, thus diverting them through Gwalchmai and Rhostrehwfa.

Cllr Bob Parry, a self professed supporter of the show, encouraged the agricultural society to apply for funding via the multi million pound Isle of Anglesey Charitable Trust.

Corporate Scrutiny Committee members voted not to refer the decision back to the Executive by a margin of five to two with no abstentions.

Deputy chief executive, Dylan Williams, told the meeting that HMRC had confirmed that Mona was “no longer part of the discussion following local feedback” but that no site has been selected as of yet.