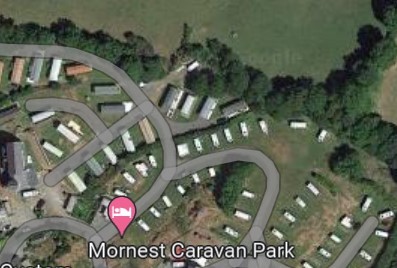 Plans for a touring caravan site at an Anglesey holiday park have been given the green light.

But but proposals to increase the number of static caravans allowed on site was rejected by the committee.

However, planners said it represented a 190 percent increase in statics – “substantially higher than a 10 percent guide figure” normally used.

In a split decision, the committee resolved to refuse the increase in statics – but approved the new touring caravan site during a meeting on July 27.
Councillor Alwen Watkin had urged members to accept the entire proposal.

She said the park opened over 50 years ago and that the Welsh-speaking family wanted to transfer their business to a third generation.
“To do that successfully the site has to be developed,” she said.
“The family have worked with the planning department for the past five years” to conform with policy, she said, adding that the plans would “see the reduction of tourers by seven.”

Councillor Dafydd Roberts argued the scheme would not pose “visual problems or loss of amenities” for neighbours.

But planning officer Rhys Jones raised policy issues and added: “The net situation is there will be more caravans on site – that’s what I have difficulty with.”
Explaining the complex policy decision after the meeting, he said: “There are currently 20 static caravans on site.

“The applicant wanted to increase this by 38 static caravans (a total of 58) which represents an increase of 190%.
“As detailed, in Policy TWR 3 of the Joint Local Development Plan (6.3.74), applications for minor increase in units on site may be approved – providing it can be demonstrated that the proposal offers significant landscape and environmental improvements to the site, landscape and environmental impact.
“Although minor in relation to extending site area is not defined (as each application needs to be assessed on its own merits depending in its size, nature and location), as a general rule, a 10% increase in the number of units is considered minor according to policy.
“At the committee, the applicant and local member suggested statics would ‘replace’ touring caravans, but there is no such policy in the JLDP, therefore the application had to be assessed against the existing policy (i.e. increase in the number of statics).
“The application was not to ‘replace’ the existing tourers with statics, as they are proposing to move these to a new part of the site, with the new 54 touring caravan site.
“This would have resulted in a total of 58 statics and 54 tourers on site (with the existing site being 20 statics and 45 tourers – a 72% increase for the whole site.
“Their argument was that the proposal would result in the net loss of seven units (38 statics would have replaced 45 existing tourers), but this is not the case, touring caravans would have been relocated to another part of the site.
“The application was also for the change of use of agricultural enclosure to provide a new 54 pitch touring caravan site.
“In accordance with the criteria in policy TWR 5 of the JLDP, on balance this element of the proposed development was considered acceptable.
“The planning committee therefore resolved to refuse the increase in the number of static caravans but to approve the new touring caravan site – a split decision, in accordance with policy.” 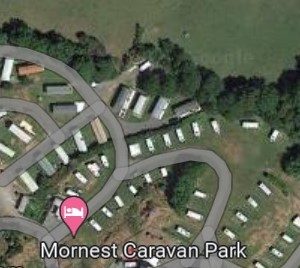