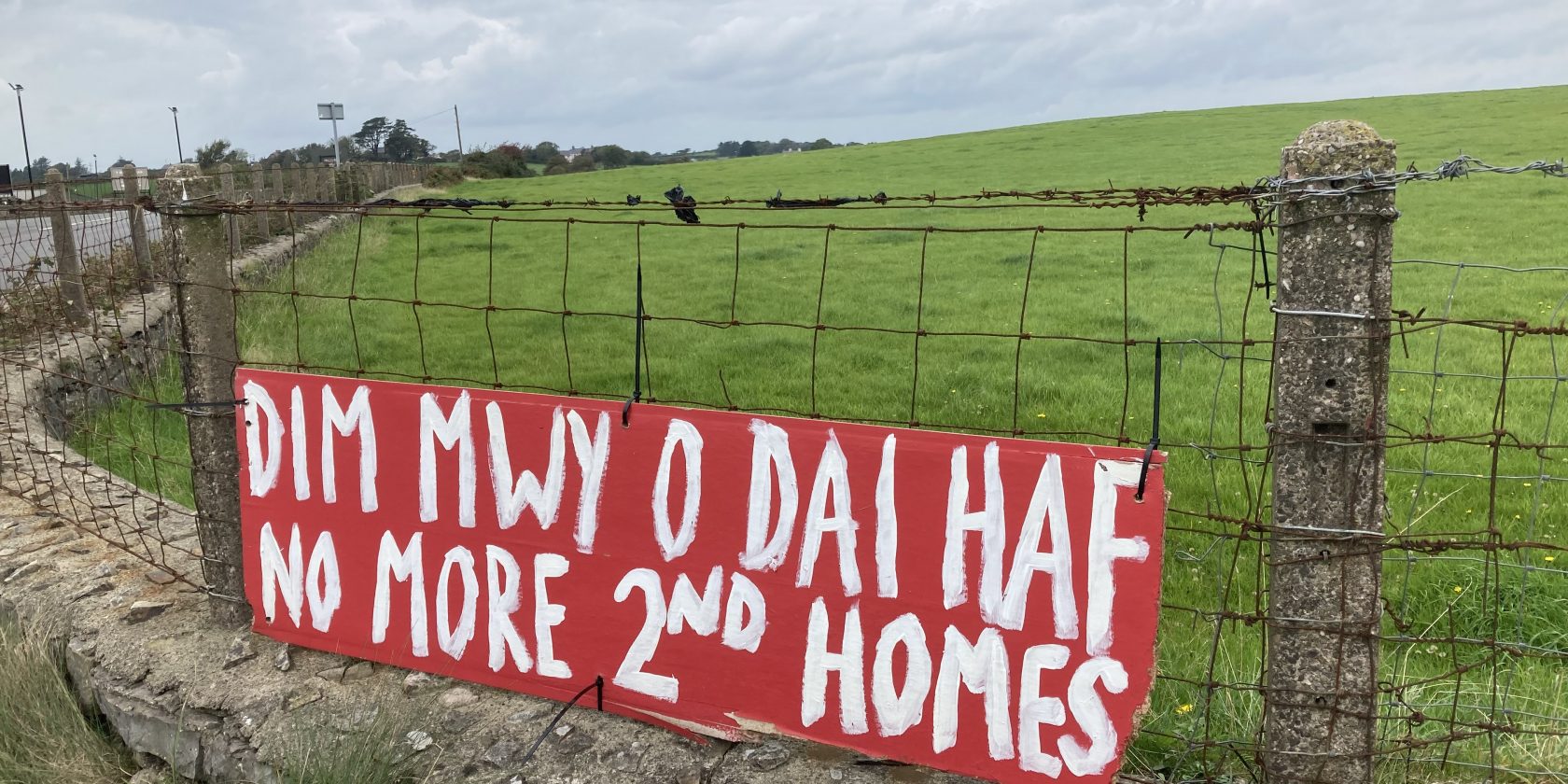 Those wanting to use a house as a second home or short term holiday let may soon need planning permission before being able to do so, as part of measures designed to dampen a housing crisis engulfing many Welsh-speaking communities.

In the Senedd on Tuesday, Housing Minister Julie James announced that the Government will launch a consultation on major changes to planning laws in light of long-running demands from councils in much of rural north and west Wales – which as well as holiday homes could also affect AirBnB’s.
In turn, the leader of Gwynedd Council has described the proposals as “a key moment in our efforts to address the Welsh housing crisis facing our communities.”

In moves that could be introduced from next summer, the consultation exercise will launch in January and seek views on introducing an additional planning class for short-term holiday accommodation.

If implemented it would allow councils to earmark specific ‘problem’ areas that would require planning permission to allow the change of use of an ordinary property to one that would not be lived in all year round.

In separate measures that have also been welcomed in Gwynedd, Julie James outlined plans for a pilot scheme in Dwyfor which will include shared equity schemes, rental solutions and what should be done with long-term empty homes.

With additional details expected following the budget announcement, it has already been confirmed that Gwynedd Council will receive an additional £2m to fund measures that could be rolled out across other parts of Wales if found to be successful.

Including buying and refurbishing empty homes for social rent in the area, with £1m of that specifically earmarked for Dwyfor, it will also see the creation of two dedicated posts to deliver the pilot and to engage with communities.

A further £1m each will be made available for Anglesey, Ceredigion, Carmarthenshire and Pembrokeshire for similar purposes, it was also confirmed.
Dwyfor, which includes the Llŷn Peninsula, Porthmadog and the surrounding area, was earmarked due to being a Welsh-speaking heartland suffering particularly from an over density of holiday homes, which make up anywhere between 20% and 50% of the entire housing stock depending on the particular area.

Julie James said that the planning use consultation would likely shape the second phase of the Dwyfor pilot and could be expanded to include changes to planning, taxation and tourism systems.
“We want young people to have a realistic prospect of buying or renting affordable homes in the places they have grown up so they can live and work in their local communities,” she said.
“High numbers of second and holiday homes in one area can threaten the Welsh language in its heartlands and affect the sustainability of some rural areas.
“We are a welcoming nation and tourism is a major part in our economy bringing jobs and income to many parts of Wales.
“But we don’t want ghost villages in seasonal holiday spots – places where no one’s at home in the winter months.
“These are complex issues and there are no quick fixes. What may be right for one community may not work for another.
“We will need to bring forward a range of actions, there is no one silver bullet here!”

But in light of a point raised by Conservative MS, Sam Rowlands, she added the need to differentiate between those moving to and enriching an area and sending their children to the local school, with those “living in a property for just three weekends a year.”

Also announcing the launch of a consultation on additional measures tailored specifically for areas where Cymraeg is widely spoken, it was confirmed this will form the basis of the Welsh Government’s Welsh Language Communities Housing Plan.

Minister for Education and Welsh Language, Jeremy Miles said that while they wanted to ensure that people could afford to live where they grew up, it was also vital that Welsh-speaking communities “continue to be economically viable places for local people, especially young people, to live and work and where the Welsh language and culture can thrive.”

Many of the proposed housing measures had been recommended in a report compiled by Porthmadog based academic, Dr Simon Brooks, who last year outlined a series of measures to tackle the affordability and linguistic impacts felt in many communities.

The leader of the Plaid Cymru-run Gwynedd Council – which has entered into an agreement with the Welsh Labour Government on a raft of measures including second homes and bolstering the Welsh language – has warmly welcomed the plans including the Dwyfor pilot.

Describing it as “a defining moment,” Cllr Dyfrig Siencyn added, “For the first time, the Welsh Government has recognised that it has a key role to play to ensure that current and future generations can continue to live in our coastal and rural communities as a matter of fundamental social justice.
“Following today’s announcement, the practical discussions regarding the regulation of second homes, holiday homes and AirBnBs can begin in earnest.”

Dwyfor Meirionnydd MS, Mabon ap Gwynfor, described what has been “a long journey for many people,” while welcoming these “concrete steps.”
Acknowledging long running pressure from local authorities, including Gwynedd which presented a report calling for similar measures in December 2020, he concluded, “The challenge is huge, but with the political appetite, vision, strong policies, and sufficient financial resources to achieve our goals, there is still hope for a better future for Welsh communities.”

The consultation on changes to planning classes will launch in the new year.