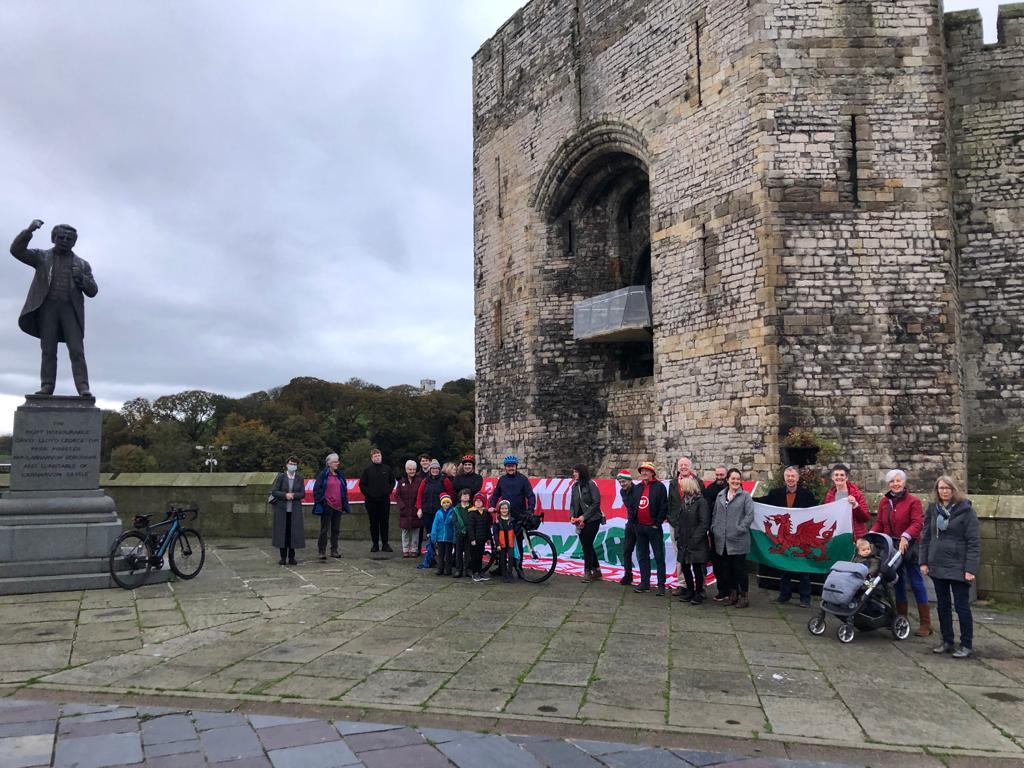 A Gwynedd language campaigner is taking the calls of dozens of communities on the need for action on second homes to the heart of Welsh democracy.

Setting off from Caernarfon early on Thursday, Osian Jones decided to cycle the 180 miles to the capital ahead of a rally on the steps of the Senedd.

The first leg of his journey saw Osian stop off in several areas already under pressure from the housing issues, including Porthmadog, Dolgellau and Machynlleth, while also planning to travel through Aberystwyth and Llanbedr Pont Steffan on Friday before Saturday’s final leg via Merthyr Tydfil.

On Thursday it was also confirmed that the Senedd’s Local Government and Housing Committee was launching an inquiry into the issue of second homes in Wales.

But with Cymdeithas yr Iaith organising a rally in the capital on Saturday, he also plans to hand Mark Drakeford a letter signed by hundreds of community and town councillors across Wales, urging the First Minister to take immediate action.
“We’ve held a rally in Capel Celyn, a village that was lost decades ago, and another rally in Newport in Pembrokeshire, an area threatened by second and holiday homes for years,” said Osian.
“So this rally will be on the steps of the Senedd, taking the message straight to Government. And I’ll be bringing the clear message from communities across Wales who want action.”

The letter describes a situation where some can afford to buy a second or third house, while others who wish to live in Welsh speaking communities cannot buy even one, as “unacceptable.”

Concerns over the popularity of second homes are nothing new, with mounting pressure on many Welsh speaking communities having already prompted ministers to promise a “three pronged approach” to tackling the housing free for all.

While second homes tend to be more concentrated in certain areas, figures released over the summer showed that 44% of all properties sold in Dwyfor Meirionnydd during 2020/21 were to buyers not planning to use it as their main residence.

Gwynedd Council figures state that 60% of residents are currently priced out of the housing market with around 11% of the county’s entire stock being used as second homes.

While the picture is a similar one across the western coast, such figures prompted Gwynedd’s leader to claim that the increased popularity of second homes along the Welsh coast was “contributing to an already inflated housing market,” while exposing the “dire situation” facing many communities.

Ahead of any future legislation, a public consultation over possible changes to local taxes and helping local councils manage the impact of second homes is set to close next week.

But acknowledging that the Welsh Government is looking at the issue, the letter urges decision makers to take immediate action.
“These are some of the only communities in the world where Welsh is spoken and used as a community language, and that makes the future of these communities even more important,” it goes on to state.
“As you know (and we thank you for acknowledging that a problem exists), the future of these communities is under real threat due to the numbers of second homes and holiday homes.
“We sincerely hope that you, as our First Minister, and as someone who has fought all your life against social injustice, agree that this kind of situation is completely unacceptable.
“For nearly half a century, there has been a demand for action to manage the housing market and empower local communities to secure homes and a future for their people. For a decade our Senedd has had the power to legislate.
“We ask that you finally use that power to secure justice for our communities – rather than confining yourself to minor reforms of an essentially unjust regime.”

The Welsh Government says it recognises the challenges facing some communities, noting it is building 20,000 new homes and that Wales is the only UK nation which allows councils to charge up to a 100% premium on the council tax of second home owners.

Saturday’s ‘Nid yw Cymru ar Werth’  rally, organised by Cymdeithas yr Iaith, will start at 1:30pm and take place on the steps of the Senedd in Cardiff Bay. 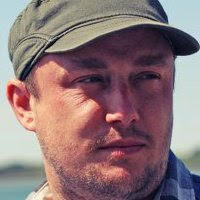 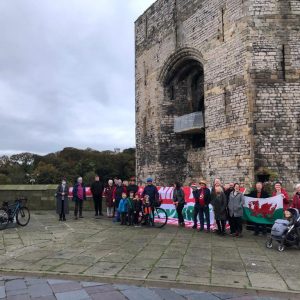