Land owned by councillor under investigation for planning contravention 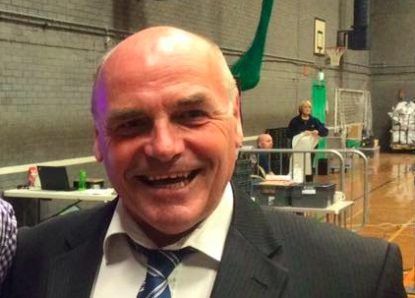 An investigation has been launched following allegations that a councillor and planning committee member allowed work to take place on his land without planning consent
Cllr Eric Wyn Jones is alleged to have allowed the work –  including removing topsoil and placing aggregates, as well as widening road access and installing new gates – at a field he owns on the outskirts of Llanfairpwll.
Elected in 2017 Cllr Jones, a member of the Anibynnwyr Mon group, lists ownership of Cae Prytherch on his register of interests, which is now the venue for a new regular car boot sale on the island.
A spokesman for Anglesey Council told the Local Democracy Reporting Service, “We are currently investigating an alleged breach of planning control in relation to unauthorized work on land located on the edge of the development boundary for Llanfairpwll, known as Cae Prytherch.
“Our investigations from a planning perspective are ongoing so that we are in possession of the full facts before making a recommendation on the matter.
“It would not be appropriate, therefore, to make any further comment at this stage.”
They added, however, there were no issues with the car boot sale from a licensing point of view.
Cllr Jones, when approached, said he was not in a position to comment while the investigation was underway.
According to a Facebook post, the first hosting of the now weekly Car Boot Sale was a “great success” with 24 car stalls and 126 visiting vehicles.
But Cllr Meirion Jones, one of the local members for the village, said he was “disappointed” that the situation had arose, adding that it had been a matter of discussion and concern for the local community council.
“There’s a feeling that people have been kept in the dark, and the first anyone was aware of the matter was when advertisements started appearing on social media that the site would be used for a car boot sale,” he said.
“Until then no-one was aware of the plans for the site and its been a talking point in the village for several months.
“Personally I’m very disappointed that this has happened.”