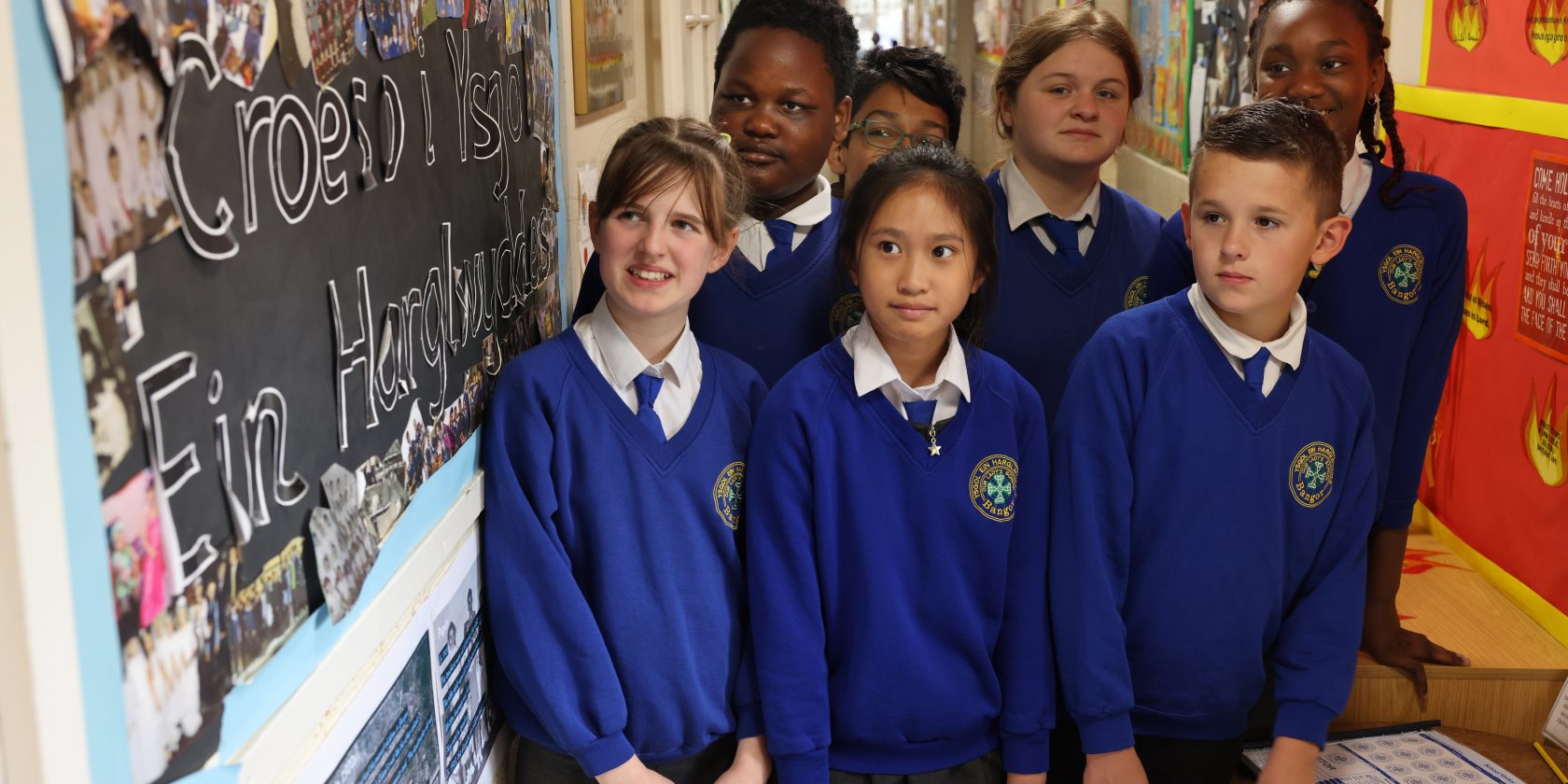 OUT of the ashes of a  soon-to-be demolished historic Bangor school comes the hope of a “new start” for another school which has long campaigned to move.

An application to knock down ‘school structures’ at the empty Victorian  Ysgol Glanadda will see the nearby Ysgol Ein Harglwyddes eventually relocate to the cleared  site in 2024 – a move welcomed by its headteacher and pupils.

Ysgol Glanadda was originally built in the late 1800s, but closed in 2020 during a £12.7m investment  into primary education in the city.

Small amounts of asbestos have also been found in  the old building which was targeted by vandals when chairs were set alight on May 27.

The demolition is for “public safety” according to Gwynedd Council.

However, the decision heralds a new chapter for Ysgol Ein Harglwyddes, a Roman Catholic primary school  located nearby, on a busy section of Caernafon Road.

The school has long campaigned to move not only to upgrade its facilities but also to improve road safety for its pupils.

Headteacher,  Ms Kay O’Hanlon said the whole school was “extremely excited” at the proposed move , where the school looks set to gain a modern building,  away from the main road, and with extra facilities including a grassy sports field.

To mark the upcoming relocation,  youngsters at the 150 pupil school have started a project chronicling the history of their school.

Ms O’Hanlon said: “We absolutely can’t wait to move, although it’s very early days, it’s still in the planning stages yet, architects are working on the drawings.

“Our older pupils, sadly won’t get to be in the new school by the time the move happens,  but they have been getting involved, and have been doing an excellent history project, collecting old pictures and facts all about the school’s history.

“We have long campaigned to move, for  at least 40 years the diocese and the county council have been talking about it so we are well ready for it.
We were disappointed we didn’t get to move in the last reorganisation.
“We are on a very busy road here, so the new site is going to be new and modern, and it will be much safer as is not right on a busy main road.

“It will also be  really nice to have the use of a  nearby grassy sports field too, which we haven’t got here.

She added “We are originally a Victorian school, built in 1879, some parts of our buildings from the 19th century are still used.

“We are really excited, and ready for the new building, which will be much better suited to a 21st century education.” 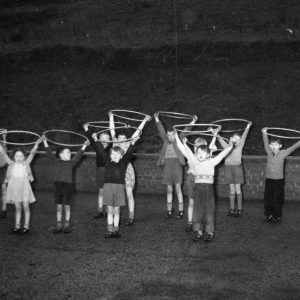 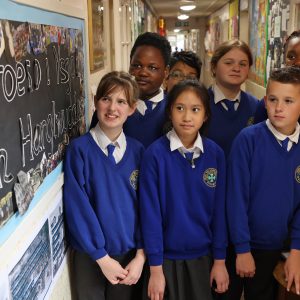