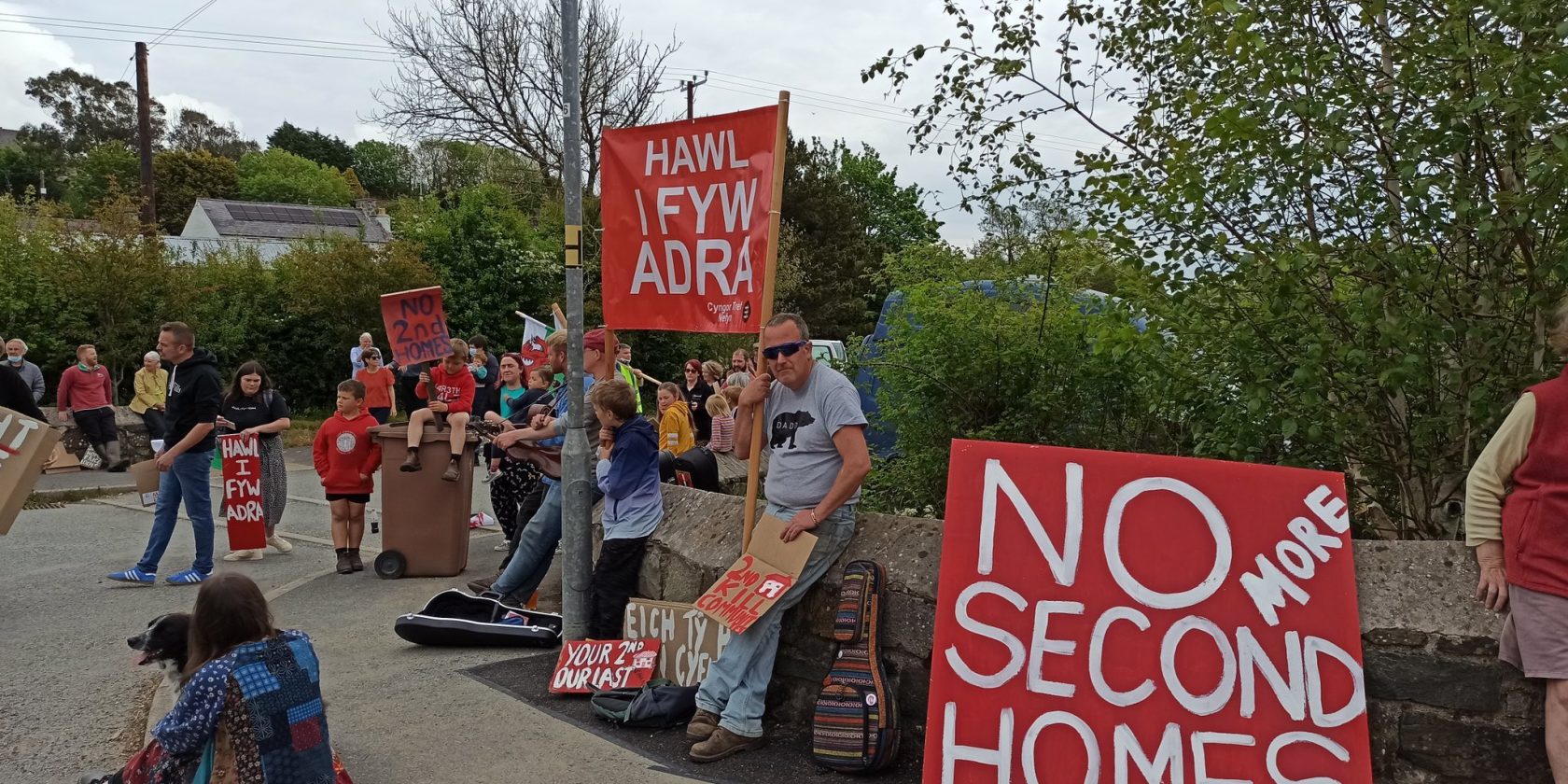 A council leader believes that local authorities such as Gwynedd can do no more to stem the number of properties being lost to the second homes market without further Welsh Government intervention.

His comments come amid growing pressure on ministers to fully implement the 12 recommendations made in a recent government-commissioned study on the impact of holiday homes on mainly Welsh-speaking areas.

According to Joint Planning Policy Service research, nearly 60% of local people are currently priced out of the housing market in Gwynedd, where house prices shot up by an average of 11% last year.

With the county having the highest percentage of holiday homes in Wales, 6,849 or 11% of its housing stock is a second home compared to the Welsh average of 2.56%.
Many coastal and rural authorities have implemented a council tax premium on second and empty homes, with Gwynedd implementing the maximum permitted 100% from which the proceeds are reinvested into providing affordable housing.

But these councils are also adamant that the ability of many holiday let owners to ‘flip’ towards paying business rather than domestic rates is denying them much needed revenue and is a “loophole” that needs to be closed.
The leaders of four Plaid Cymru-run authorities in the west, namely Anglesey, Gwynedd, Ceredigion and Carmarthenshire, recently wrote to Mark Drakeford urging the need for further legislation.

But speaking over the weekend, and prompted by protests on both Llŷn and Anglesey over recent weeks, the First Minister promised to present “practical proposals” to tackle the second homes crisis by the end of the month.

Interviewed on BBC Radio Wales’ Sunday Supplement programme, Mark Drakeford conceded that if they were “not careful” it would soon not be possible for people born and brought up in some communities to live there.

“We hope to respond to (Dr Simon Brooks’) report this month and make a series of recommendations aimed at not just the Welsh Government but local authorities as well,” he said.
“There’s a lot of activity going on in this area. What I said in my first speech in the Senedd was nobody has a monopoly of ideas or wisdom on this topic, and when we come forward with our proposals we’ll want to discuss them with others.”

Responding to Dr Brooks’ “Second Homes – Developing New Policies in Wales” report, Gwynedd Council is expected to largely back 11 of the 12 recommendations made by the Porthmadog-based academic, but also calling for a strengthening of the recommendation relating to the “flipping” to non-domestic rates.

The leader, Cllr Dyfrig Siencyn, said: “We believe that we have now achieved everything that’s within our current local authority power, but it’s clear that action beyond this power will be necessary if we are to fully respond to the threat and to enable our local residents to live in their communities.

“Early implementation of the recommendations is absolutely essential.”

Current laws allow any second home available for commercial letting as self-catering accommodation for 140 or more days in a year, and actually let for at least 70 days, to qualify for non-domestic rates rather than council tax.

But this practice, according to the Welsh Local Government Association, also allows them to be eligible for Small Business Rate Relief, often resulting in them not paying any taxes at all into the Welsh public purse.

Councillors on Anglesey heard on Monday that the owners of 200 such properties on the island had recently “flipped” – although another 200 new second homes had also been added to the council tax premium register –  with plans also in place there to increase the existing 35% premium.

On the modifications to Dr Brooks’ report set to be proposed by Gwynedd, Cllr Siencyn concluded: “There is one recommendation in the report that we do not support as it is, and we will request that the Welsh Government modifies its recommendation to ‘consult on the possibility of making short-term holiday accommodation exempt from being eligible for small business rates relief’ and amend it so that second homes are taxed as a ‘house’, regardless of use.

“What the Welsh Government is proposing won’t prevent second homes from ‘flipping’, so we will continue to be in a position where some second homes pay less taxes and do not pay the Council tax premium  at all, which we reinvest in local housing issues.
“We believe this is depriving the people of Gwynedd and we feel strongly that second homes need to be prevented from converting to the non-domestic rates system.”

The report will be discussed by Gwynedd Council’s cabinet when it meets on June 15.