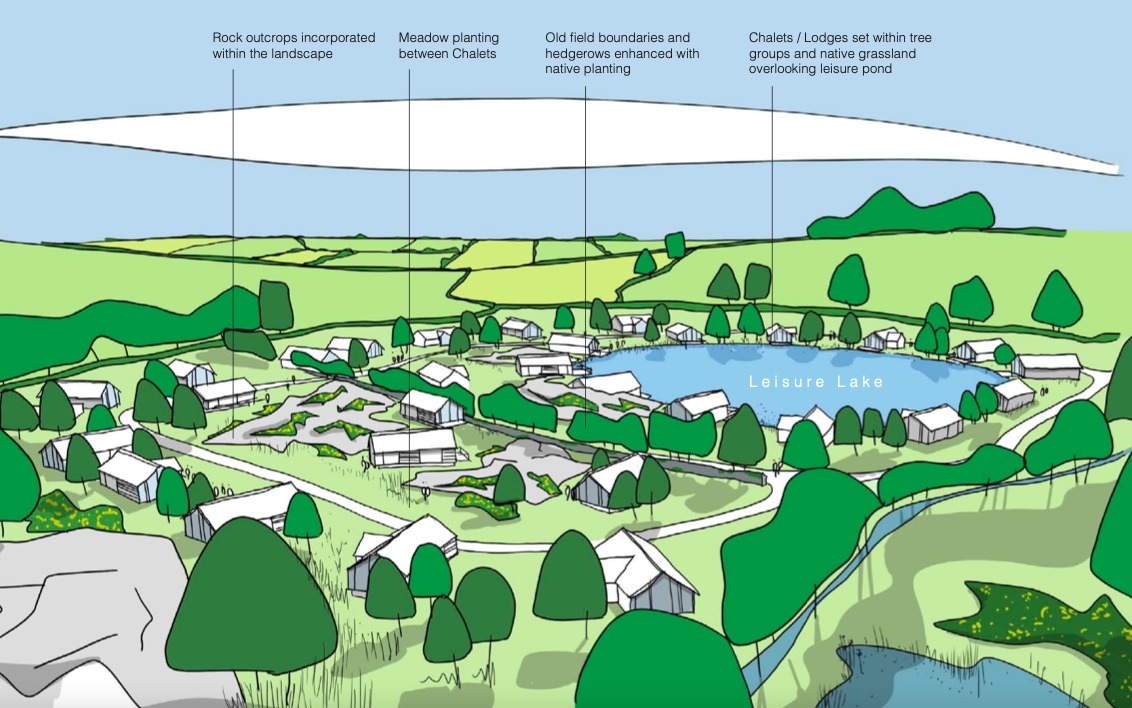 Plans for a 30 chalet holiday development have been turned down for the second time by councillors on Anglesey.

With similar proposals for the site having been refused by the local authority in 2019 – with the decision upheld in a subsequent appeal –  they also included a reception building and creating a new lake on the site just off the A55 expressway.

According to the applicants it would create an “attractive”  and “economically beneficial” development on the island, creating between four and five full-time jobs while also boosting the local economy through other roles such as cleaning, site and building maintenance, and other such contracted work.

But despite amending the proposals to meet some of the concerns raised by planners, including an over dependence on car use due to lack of available public transport, councillors went with the advice of officers and again rejected plans for the site.

While accepting that the fresh proposals included an on-site shop and cafe as well as bike and canoe hire, island planning officer Dewi Jones stated his belief that these amendments reflected an acceptance by the applicants that the plans were not sustainable in the first place.

“The site continues to be unsustainable and dependant on private vehicles, that was true in February 2020 and remains the case to this day and our recommendation is to refuse,” he added.

But Cllr Llinos Medi, one of the local councillors, stated that Mr Oldham would have preferred to see visitors use local shops in villages such as Bodedern, thus deciding not to include such on-site facilities in the original application.

She added it was “unfortunate” that the Planning Inspectorate had decided to base their findings on its proximity to Caergeiliog rather than Bodedern, which offers more facilities and is better linked with a specific walking path.
The applicant, it was stated, also felt that such developments could reduce the demand on snapping up second homes in such communities.

Committee member and fellow Talybolion ward councillor, Ken Hughes, stated his view that the plans were sustainable, adding: “There are no planning reasons to refuse and I’d ask you to support these plans.”
But despite being seconded by Cllr Eric Jones, his motion failed to gain enough support with members going with the recommendation of officers.

The planning officers’ recommendation, stated: “Notwithstanding the changes made to the proposal subject to this planning application they are very similar to those which were recently dismissed at appeal on a fundamental matter of principle in relation to the sustainability of the location.

“It is also considered that there have been no material change in circumstances since this planning appeal was dismissed other than the adoption of PPW 11 and the SPG Tourism Facilities and Accommodation, which now adds greater weight to the local planning authority’s previous objections to the development given that this guidance makes it clear that the definition of high quality includes consideration of sustainability of the location.”