A55 and A483 will be busier than normal during rail strike, says AA 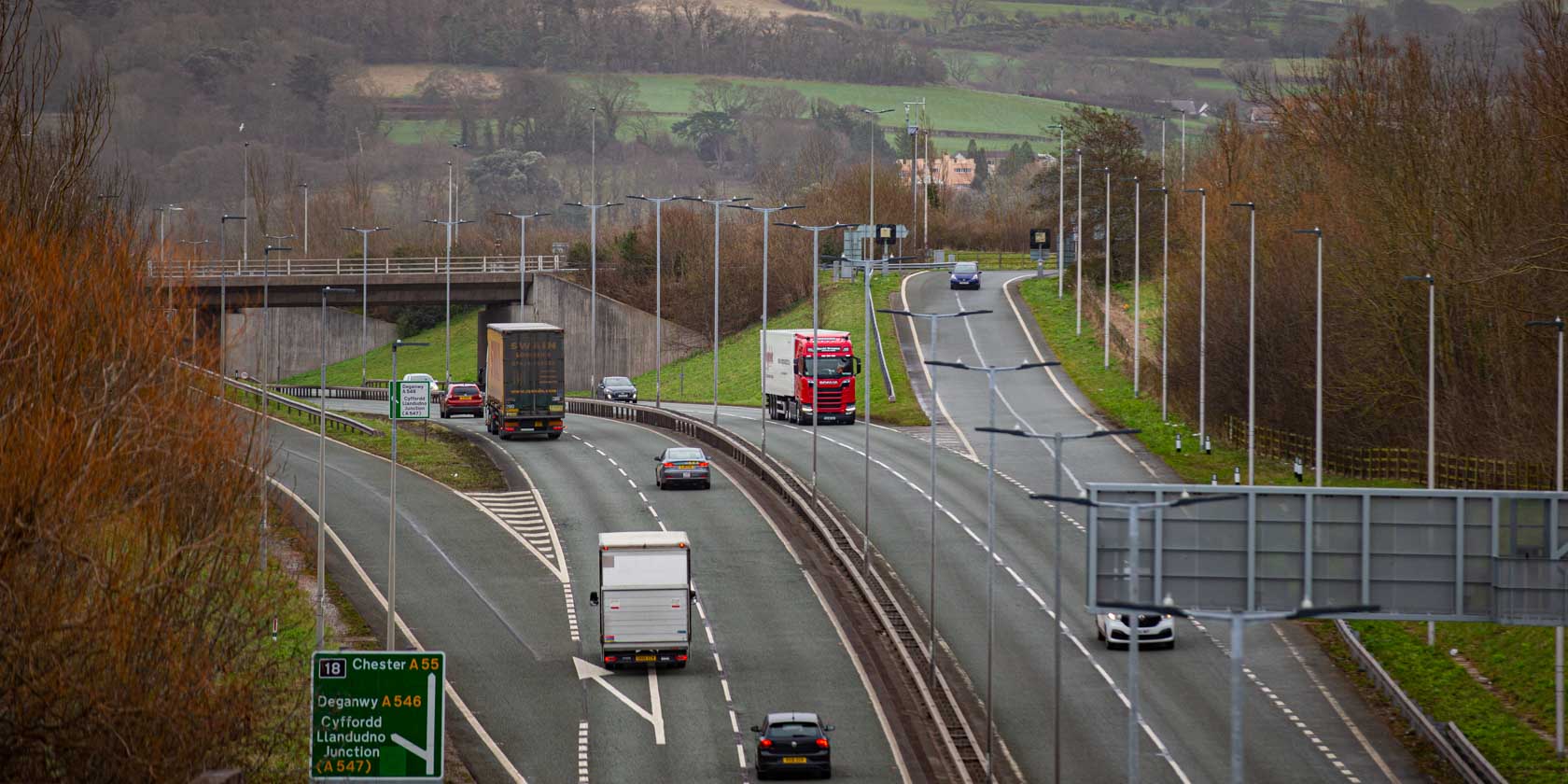 The biggest rail strike in 30 years will go ahead this week after talks around pay and conditions broke down, the RMT union confirmed this afternoon.

More than 40,000 staff at Network Rail and 13 train operators are expected to walk out on Tuesday, Thursday and Saturday.

Transport for Wales (TfW) is not in dispute with the union but the majority of rail services across Wales will be suspended during industrial action.

Each strike will last 24 hours. However, train operators have warned that knock-on effects mean disruption on either side of the strike days.

The AA said the rail strike could have a significant impact on the roads despite record fuel prices deterring some drivers.

The worst affected roads, according to the motoring organisation include the A55, A483 and A5 in Wales.

Rural and suburban areas across the UK will also see an increase in traffic as most rail services will not be running.

The AA said: “The main motorway arteries across Britain will also be busy throughout the week as even though the strike is forecast for three days, many travellers will give up on the trains for the whole week.”

An AA Route Planner spokesman said: “The rail strike coincides with big events like Glastonbury and the Goodwood Festival of Speed so drivers not going to those locations are advised to give those areas a wide berth.

“Generally we predict a big increase in traffic in Scotland, Wales and major routes across the UK.

“The impact will be slightly cushioned by record fuel prices deterring some and more commuters deciding to work from home but congestion will still be a problem.”

“In general, we expect hundreds of thousands, if not millions, more cars on the road this week.

“The morning rush-hour could be horrendous, not only with extra commuters but the school run and students attending examinations who might normally travel by train.”

The RMT has said that its members are striking because of “pay freezes, threats to jobs and attacks on their terms and conditions”.

They believe that many railway staff are being treated unfairly

“The train operators have now made an offer and there is no further offer from Network Rail following the one which was rejected last Friday.

“The RMT National Executive Committee has now found both sets of proposals to be unacceptable and it is now confirmed that the strike action scheduled this week will go ahead.”

He said: “The rail companies have now proposed pay rates that are massively under the relevant rates of inflation, coming on top of the pay freezes of the past few years.

“At the behest of the government, companies are also seeking to implement thousands of job cuts and have failed to give any guarantee against compulsory redundancies.

“Faced with such an aggressive agenda of cuts to jobs, conditions, pay and pensions, RMT has no choice but to defend our members industrially to stop this race to the bottom.”

“The strikes on Network Rail, the train operators and London Underground will go ahead, and we again call on our members to stand firm, support the action, mount the pickets and demonstrate their willingness to fight for workplace justice,” he added.

TfW said: “We’re advising customers not to travel by train on 21, 23 and 25 June, with the majority of our rail services suspended as a result of industrial action resulting from the dispute between RMT and Network Rail.”

“Due to the wider disruption caused, we’re also advising customers to only travel by rail if essential for 20, 22, 24 and 26 June.”

“TfW is not in dispute with RMT, but the industrial action means we’re unable to operate rail services on Network Rail infrastructure.”

Merseyrail services will also be suspended during the three strike days.