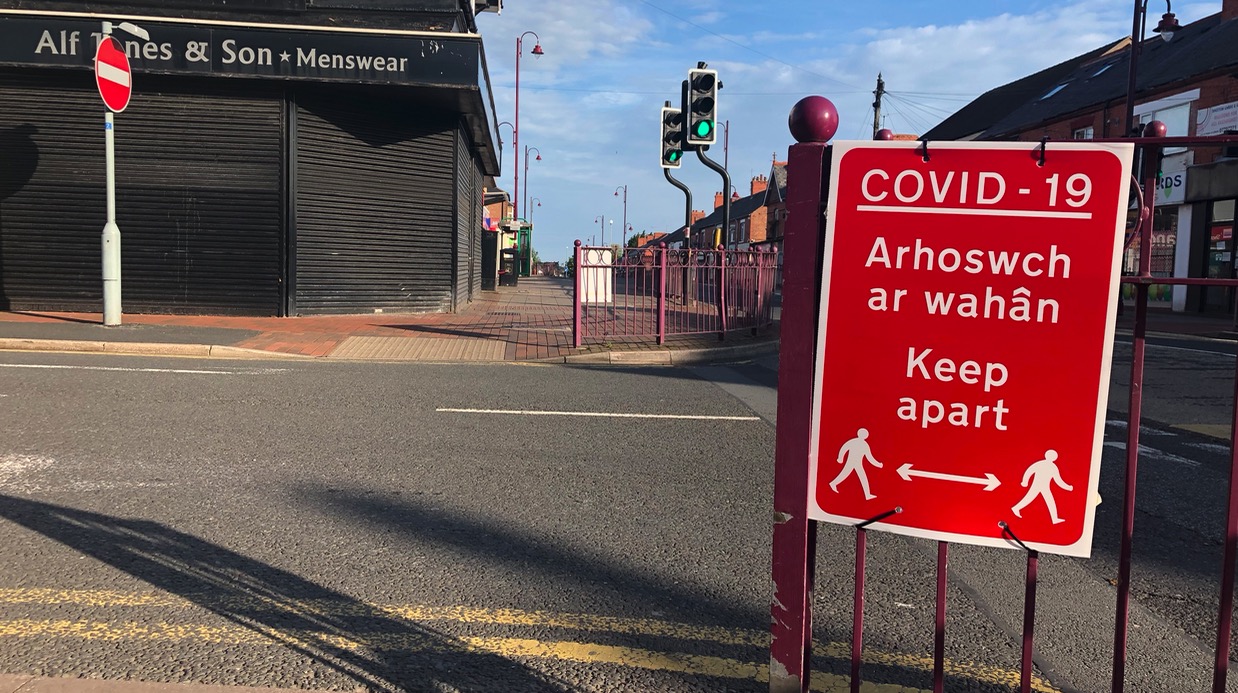 Speculation is growing that a two week ‘stay at home’ circuit breaker will be announced by the Welsh Government in the next few days.

A national lockdown would begin when schools break up for the half term holiday which would be extended for two weeks.

Like the initial UK wide lockdown in March, all hospitality and non-essential retail would close and people would be asked stay at home.

It’s a move which would be welcomed by doctors’ leader in Wales who say current restrictions are “not strong enough to suppress the spread of the virus.”

The Welsh Government said earlier this week it is actively considering a short national lockdown following advice from the Scientific Advisory Group for Emergencies (SAGE).

The same advice was given to the UK government but the prime minister has been accused of ignoring his own scientists instead opting for softer options such as pubs closing at 10pm.

Minutes from a  SAGE meeting released on Monday night show that Boris Johnson was advised on September 21 to introduce a “package of interventions” to prevent the “exponential rise” in new COVID cases.

SAGE states: “As over 90% of the population remain susceptible not acting now to reduce cases will result in a very large epidemic with catastrophic consequences in terms of direct COVID related deaths and the ability of the health service to meet needs.”

Shavanah Taj, General Secretary of Wales TUC told BBC Radio Wales this morning she had an initial meeting yesterday with First Minister Mark Drakeford, which included the CBI and other business organisations, she said: “it seems like we are talking about a stay at home fortnight.”

“It looks as if non-essential areas are going to be shut again, we haven’t seen the full list, it is being worked up.”

“Non-essential shops and hospitality are more than likely going to be impacted” She added.

Welcoming the news that Wales could be considering a circuit breaker lockdown, Dr David Bailey, BMA Cymru Wales council chair, said: “Cases are climbing fast across Wales with the latest figures showing that the number of Covid-related patients in the Welsh NHS has risen by 49% in a week, it’s clear that the current restrictions are not strong enough to suppress the spread of the virus.

“We welcome the move to introduce a travel ban from Covid hotspots, but at this critical point, doctors in Wales support, and are calling for as a matter of urgency, a circuit breaker lockdown for a number of weeks.

“It is imperative that robust action is taken now without delay, to protect the citizens of Wales, and the Welsh NHS.

“We have witnessed the destruction that the first wave of the pandemic brought with it – too many lives have been lost already and doctors, nurses and frontline health staff are still dealing with fatigue and burnout as a result of their huge sacrifices during this time.

“A second peak alongside the added pressure that the winter season will inevitably bring and the huge backlog of patients already in the system is quite frankly an overwhelming prospect. Our members are deeply concerned about the ability of the service to cope.

“Bringing in stronger restrictions in Wales at this point is essential, but restrictions must be accompanied by a longer-term national prevention strategy.”

Paul Davies MS, Leader of the Opposition in the Welsh Parliament said: “The Welsh Government’s handling of this announcement is causing major concern to people across Wales, especially to the most lonely in our society and businesses who are struggling to recover from the pandemic. Clarity is urgently needed over the Welsh Government’s circuit breaker.”