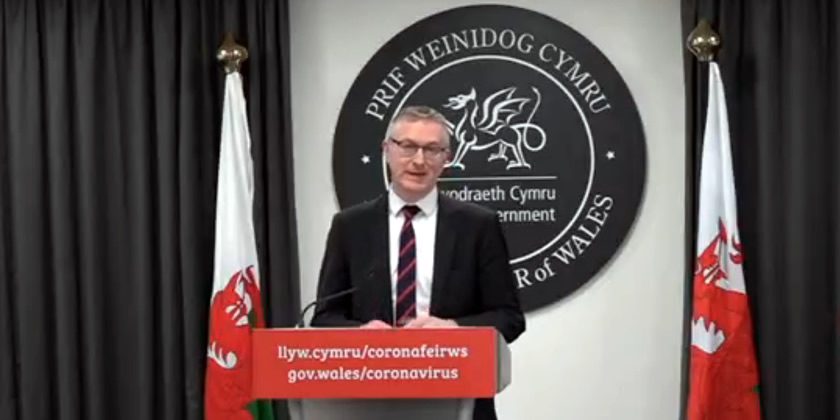 An increase in the number of coronavirus cases in North Wales is likely to be due to increased testing in the region.

In response to a question on Monday, First Minister Mark Drakeford said we might just be reaching the peak in North Wales.

He said the impact in Wales had started in the south east corner, but spread westwards and northwards.

He said: “The peak in south east Wales we believe has quite clearly passed. The peak in north Wales, we might just be reaching it now.”

On Tuesday, our sister site Wrexham.com asked Health Minister Vaughan Gething if the peak in North Wales had been identified due to more testing taking place and was “perhaps more man made, or if it a more real, based on non-public data such as hospital admissions.”

Mr Gething replied: “There are two things as you identify, on the one hand, when you undertake more testing, you’re likely to understand a greater level of people who have Coronavirus.

“Actually for us in many ways, the levels of hospital admissions are an even more important indicator, because that shows you the level of harm that’s potentially being caused in an area and the pressure on our health and care system.”

Speaking today Dr Goodall said: “There has been some reported positive increases in North Wales.

“This could be due to a late epidemic surge but we believe it’s linked to increased testing activity and targeting specific settings like care homes.

“These have not converted into a higher level of hospital admissions, cases in hospitals and critical care beds across North Wales have reduced from their peak.

“The number of cases in North Wales has remained generally lower in terms of proportion of cases than other areas of Wales.” 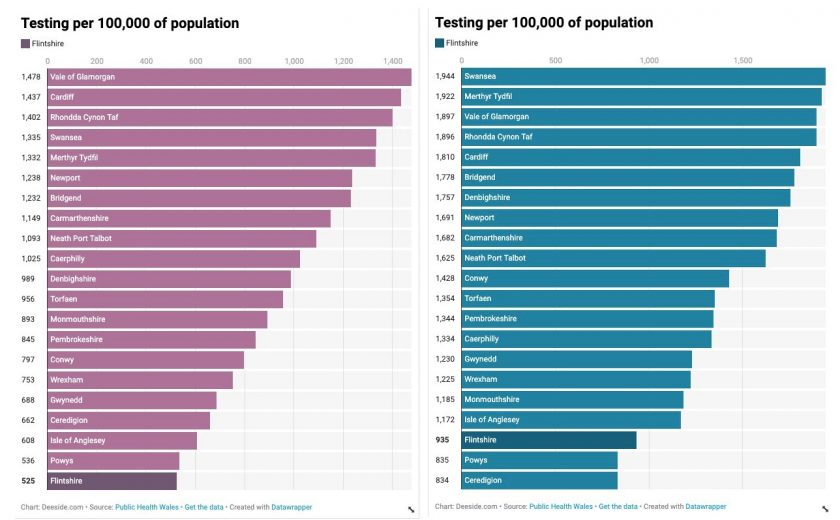 To date, there have been 2,282 confirmed cases of coronavirus in the North Wales health board region, 44 new cases have been reported today.

The graphs above show the uptick in the number of COVID-19 tests in the North Wales area.

The snapshot on the left hand side (purple) was taken at the end of April compared to May 18.

All North Wales counties are showing an increase in the number of tests (per 100,000 population) being carried out.

You can view the daily briefing in full here: 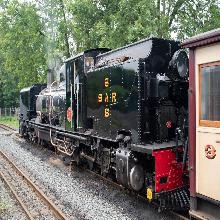