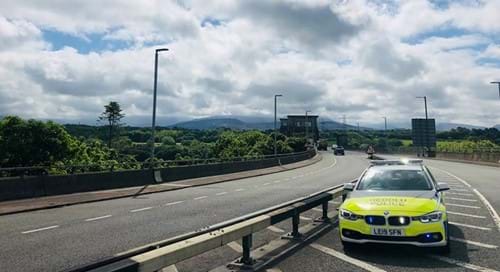 The Police Federation of England and Wales (PFEW) has reacted to news that Welsh Ministers are to introduce new regulations preventing people from travelling to the country from areas of UK with a high prevalence of coronavirus.

First Minister Mark Drakeford confirmed yesterday that action is being taken after Prime Minister Boris Johnson did not respond to this requests to make advisory travel guidance in English Covid-19 hotspots mandatory.

The new restrictions are planned to come into force tomorrow (Friday October 16) at 6pm.

PFEW has said the “over-stretched” police in Wales will find the new regulations “unenforceable” because of the difficulty of identifying where people have come from and where they are going.

North Wales Police released a short statement on social media soon after the announcement by the First Minister was made.

A force spokesman said: “We will review the regulations when published and we will continue to support Welsh Government in trying to slow down the spread of the virus.

“As a result of this afternoon’s announcement, we will be increasing our visibility on the strategic road network and undertaking targeted activity.

“We will continue to engage, explain, encourage and enforce where required.

“This is about people doing whatever they can to lower the risk of transmission of the virus. We will continue to do what we can to protect our communities.”

Mark Bleasdale, Police Federation of England and Wales’ Welsh Lead, said: “On the face of it, this is unenforceable because of the difficulty of identifying where people are coming from and where they are going to. 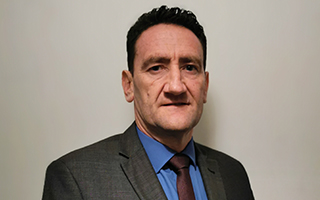 “There will also be plenty of individuals travelling legitimately from areas which are not high risk, and this will only add to the other difficulties officers face when policing the existing regulations.

“Some areas of Wales are already in lockdown, and many individuals are already unable to travel in and out of counties unless they have a good reason.

“In other locations, provisions are more relaxed, so this proposed travel ban adds yet another level of complexity to policing.

“We would ask members of the public to continue to be supportive and realise this is an extremely challenging period for frontline officers.

“Policing in Wales is already over-stretched due to the pandemic and because crime rates have returned to pre-COVID-19 levels.

“However, my colleagues will continue to do their utmost to protect the public in their usual professional manner.”

During the first lockdown at the start of the pandemic, police set up checkpoints on the A494 in Deeside turning drivers away from Wales who were not sticking to government advice not to go anywhere unless absolutely necessary.

Talking to Times Radio yesterday, Mark Drakeford said: “This is not a game, this is a deadly virus, where people fall ill and die.

“People shouldn’t be looking at the rules and asking themselves how can I get around the rule.

“It is absolutely possible to enforce it and that is not a theoretical possibility, because we did exactly this for many weeks earlier this year.

“Earlier in the year, we had a ruling Wales that said you have to stay local.

“That meant you weren’t able to travel more than five miles or so from your own home and, of course, we have people coming across the border into Wales.”

“Our police were very successful in persuading those people that they had crossed the border into Wales where the rules were different, they weren’t allowed to travel onwards and those people turned around and went home.

“There were a small number of people who weren’t willing to do so and fixed penalty notices had to be applied.